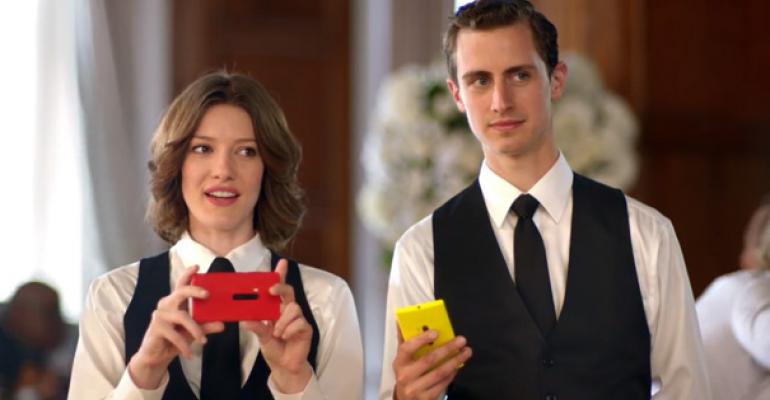 If you thought Samsung’s anti-iPhone ads were great—and they were—wait until you get a load of this one: In Nokia’s new ad, Samsung and iPhone users are both lampooned to great effect. It’s yet another hilarious because it’s true moment in tech product advertising.

The message of Nokia’s new ad is simple enough: Don’t fight … Switch. As the Apple-toting simpletons face off against their more technologically savvy Samsung wielding opponents, two Lumia users stand in the middle of the mayhem, calm. “Do you think they’ll ever stop fighting all the time,” one asks. “I don’t know,” the other answers. “I think they kind of like fighting.”