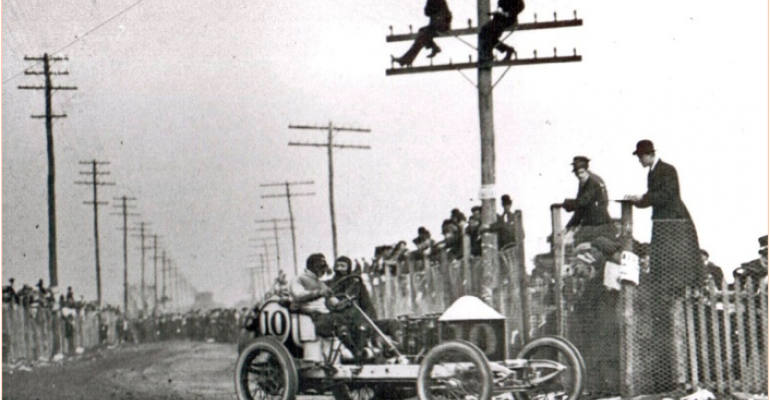 Every organization is dependent:  On outside power.  On a stable and orderly society.  On a staff that shows up for work.  On systems that perform with a specific continuity and match of service to requirements.

We also have an expectation for a general continuity:  That the march of days means that things today will be markedly like yesterday, and tomorrow will be markedly like today... with slight variations due to change and forward progress, of course.  But we need stability.  We’re dependent on that.

I noticed a story in yesterday’s news about a British Airways “computer glitch” that caused huge delays at airports in Boston, Atlanta, Chicago and elsewhere.  Not the first time an airline has suffered computer problems, and not the first major industry to suffer them.  But it brought to mind the massive, overwhelming, dependence we all have on “systems” and associated supports.  (By the way, “glitch” is hardly an apt term – how about “massive failure” – particularly if you’re one of the folks standing around due to “takeoffs” that are simple no-gos; you’re supposed to be taking-off, and you’re earth-bound.  Can there be a wider gulf between a requirement and its delayed fulfillment than through the abeyance of performance in its entirety?  After all, take-offs are defined in large part by departure times.  A delayed take-off becomes a new event; the old one having failed in its fulfillment.  “Glitch”?  Nah.).

Given the course of a century or more, why has no effort been directed to placing our transport of electricity underground – in safe EMP/weather-proof conduits?  Yes, they would still be vulnerable during earthquakes, but screening the transmission of power from hurricanes, tornadoes, EMP, and just regular thunderstorms and wind, would be a huge step forward.  Recognize that in the case of EMP, not only is power gone, but data is wiped out, cars won’t run, and food and potable water will be largely unavailable to huge populations.  There will be no internet, cable, or TV/phones/mobile transmissions, and therefore no emergency services – save for those efforts involving direct line-of-sight.  Chaos will reign.

A post-EMP society has been characterized as being “the 1860s” – but the 1860s was a progressing society, with coherent paper records, populations living on and near farms/food production, living near potable water, and things were comparatively orderly – with no dependency on electricity and the associated electronic enablements.

What do these realizations mean to you – the local IT Director or Manager, the CIO, CTO, COO and so forth?  What does it mean to your staff?

Consider:  In this country, America, there was no interstate highway system, coast-to-coast, until the mount of an idea, a plan, a project, and a managed solution and delivery of one.  Today, and for decades past, you can drive virtually coast-to-coast without hitting a traffic light, and can do it at 70 mph or thereabouts.  But this wasn’t available prior to the 1950s or so.

The ”local” organization – that is, yours – requires a coast-to-coast plan to modernize the infrastructure that we rely on for sustained computer operations and fulfillments, and which is so woefully out-of-date – if there is to be any true expectation of stability going forward into the future.  The coordination between states would have to be made at the federal level.  Being that no national leaders speak of the present vulnerability, nor any matching plan to thwart the vulnerability, it is up to us – to you – to get it on the schedule, so to speak.

The British Airways debacle is a very public, high-profile, and pragmatic example of vulnerabilities:  It rings our collective “bell” – no one wants to be stuck in an airport; it can easily happen; and there may well be a number of readers here to whom it has happened.  But the dependencies on electricity, computers, systems, and supports goes to the highest levels of vulnerability.

My idea is to at least begin a discussion of vulnerabilities and solutions for thwart of them.  My company just returned from SharePoint Fest in Seattle.  There are plenty of other regional and national IT trade shows and professional forums that could incorporate at least one session/discussion panel for addressal of ideas for a national scope:  A way to get this on our collective radar.

Even if all you do is research on your own, for purpose of starting a lunchroom discussion, or a dialog with a co-worker over after-work drinks, let’s start.