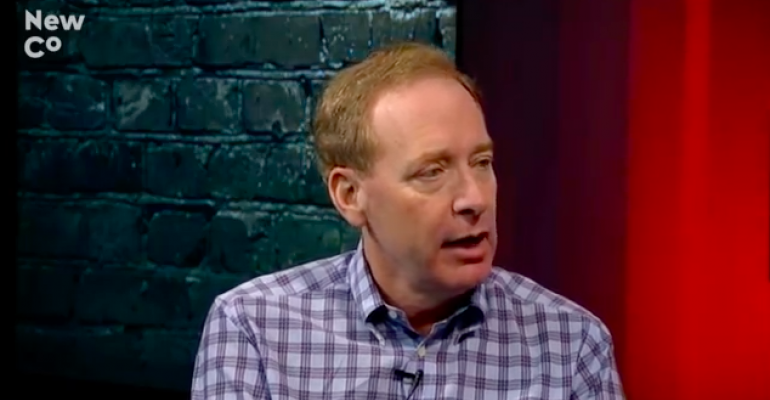 When a company has built itself up to be one of the world's largest, with its software nearly synonymous with computing, its understandable to have a little ego. But Brad Smith, Microsoft's new appointed president and chief legal officer, said that the company is working hard to shift its culture and focus its mission on helping people realize their potential.

In an interview with NewCo, he also talks about why Microsoft is suing one its biggest, best known customers: The US Government.