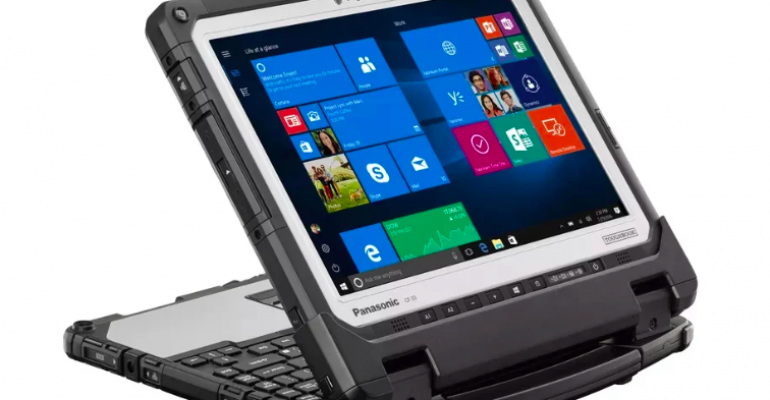 Are Ruggedized Laptops More Rugged Than Your Business Needs?

Systems that can withstand blowing sand and solar radiation can surely handle spilled coffee, but ruggedized laptops come at a premium.

Each year, along with regular laptop refreshes, a handful of manufacturers releases new ruggedized laptops that can handle extreme conditions. They feature bright displays that can be used in direct sunlight, industrial-grade cooling systems, built-in LTE, long battery life, and the ability to work in a range of temperatures. Military-grade ruggedized laptops from vendors like Panasonic and Dell can accommodate conditions such as blowing sand, explosive atmosphere, solar radiation and thermal shock. In other words, they can definitely handle a coffee spill and a fall from a desk. But does that make them worth the enterprise's while?

“More and more, we’re seeing enterprise users turn to rugged laptops to minimize downtimes and improve the ROI on their devices,” says Dan Diliberti, head of mobility products and market strategy for Panasonic. “Traditional mobile devices cannot handle drops from a forklift or extreme temperatures and rainy weather while out for delivery like a rugged device can.“

Rugged laptops may be a good fit for organizations in the manufacturing, retail and health care spaces, and for anyone who travels frequently and needs a fail-safe solution.

“The terms 'rugged' and 'durable' refer to mobile computing devices that have achieved a specific ingress protection [IP] rating for guarding from dust and liquids,” says Robert Gronenthal, CEO of Island Tech Services, which sells rugged devices that can be used in the rain or by users wearing gloves. “Ratings vary, but typically rugged and durable computing equipment must have a rating of IP65- IP67, where the first digit means the device is protected from dust intrusion that may harm the equipment, while the second digit refers to the amount of water or liquid protection offered, from water spray from all directions to strong water jets and waves.”

Gronenthal identifies three types of rugged notebooks--fully-rugged, semi-rugged and consumer-grade/professional-rugged--which line up with the offerings from companies like Panasonic and Dell. Prices increase with each tier of performance:

In addition to reliability in the field, rugged notebooks should fail less frequently than regular laptops. Panasonic says its rugged notebooks see a failure rate of about 3 percent, and while we can’t verify that, it is likely the industrial-grade requirements of emergency workers and field workers would demand more reliable performance. Consumer Reports found that the average laptop failure rate after three years of use is 18 percent.

“Device deployment in a large enterprise can take anywhere from three to five years,” says Panasonic’s Diliberti. “If you purchase a prosumer device-- a consumer device positioned for the enterprise--you’re lucky if it lasts 12 months,  meaning your employees will only use the device for one-third of the time it took to deploy it.”

Increased reliability, however, comes at a cost. Ruggedized laptops are typically three to four times as expensive as a typical business notebook with similar specs for processor, storage and RAM.

“Truthfully, not everyone needs a rugged device,” says Umang Patel, director of product marketing for Dell’s ruggedized notebook business. “Our business/commercial devices are tested to a host of [military standards]. These tests are designed to ensure even our commercial and education offerings can withstand the daily rigors of the office or, as we know, an even harsher elementary school classroom.”

Patel does think rugged notebooks have a place in the enterprise, especially for mobile users who are willing to pay a premium for a reliable machine for use in the field.

“If your users are highly mobile and spend most of their time on concrete floors and in manufacturing facilities, or are in the field where the elements can be an issue and uptime is the highest priority, rugged is the way to go,” Patel says. “I think of what happens when your utility services technician can’t keep the power on for their customers and their only excuse is: ‘My notebook broke when it fell off the hood of my truck.’”

Enterprise users who are more concerned about their ability to deliver uninterrupted service over the upfront cost of the device are more likely to give rugged notebooks a look, Patel says.

“Often the role of the user, rather than the type the device, is what dictates the level of durability required,” says Gronenthal. A candidate for a full-rugged laptop may be someone who shares the laptop with other users in an extreme environment but has little personal attachment to the device, while a professional-rugged user might guard the laptop like it’s his or her personal property.”