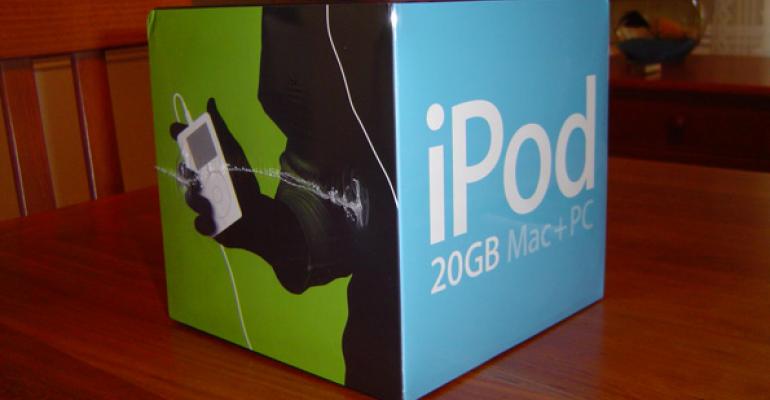 A crazy first week for Apple in court

We're just one week in and Apple's US antitrust case has been as long on drama as it will prove short on remedy. Judge Gonzales Rogers has listened to the testimony of senior Apple executives, and she has watched a video deposition of deceased tech titan Steve Jobs. But the biggest news in the case so far was more unexpected: Both of the case's plaintiffs have been dismissed because neither could prove they owned an iPod during the period of time covered by the case.

But the case isn't over. Noting a responsibility to 8 million iPod owners who might have been affected by Apple's anticompetitive practices a decade ago, the Judge has denied Apple's motion to summarily dismiss the case. And she will instead select new plaintiffs from a vast selection pool of "ready and willing" participants.

You may recall that Apple's antitrust trial got underway just a week ago in Oakland California, and that the company is accused of having harmed consumers who purchased iPods by artificially updating the iTunes sync software to prevent them from loading their own music—from other services—on the popular music players. The trial dates back to the period of time from 2006 to 2009 when iPod was Apple's only major success, and the long-struggling firm was aggressively defending its then-newfound success.

This trial will never amount to much financially—even the automatic antitrust-related tripling of the maximum award would net less than $1 billion in damages—but the harsh light its cast on Apple's business practices is fascinating. Among the revelations from court this past week are:

The return of Steve Jobs. A video deposition of the late Steve Jobs, recorded in 2011 shortly before his death, shows an understandably evasive and defensive Apple CEO. His best quip comes right at the beginning: When asked a question about RealNetworks, which tried to establish an open standard for iPod-compatible music, job asked "Do they still exist?"

Apple execs in the hot seat. Two key Apple executives, then and now—Eddy Cue and Phil Schiller—took the stand to defend their employer. Mr. Cue blamed the recording industry for requiring Apple to put DRM technology in the iPod, which in turn led to its battles with RealNetworks and others. And ignoring the reality of Microsoft's PlaysForSure technology, Mr. Schiller said Apple had to invent its DRM system from the ground up because there wasn't anything reliable enough in the market. In other words, they really did it to lock in users, because there were in fact established systems.

Apple deleted users' songs from their iPods. Confronted by software that could circumvent iTunes and let users load music from other services onto their iPods, Apple changed the software in both products, while claiming it was all done to improve reliability. But what Apple never discussed publicly is that it also silently deleted music from users' iPods. In his testimony, Mr. Jobs referred to RealNetworks and the impacted users as "collateral damage." And Mr. Schiller blamed the victim: he said RealNetworks, not Apple, were "the ones who ultimately let customers down."

Neither plaintiff has a verifiable claim against Apple. There are two plaintiffs in the case, and as noted they represent a class of an estimated 8 million people, which is why this case went to court in the first place. But neither have been able to prove they purchased an iPod in the period covered by the suit. So each has, in turn, been thrown out of the case.

Judge Rogers will hold a hearing today to select new plaintiffs so the case can continue.