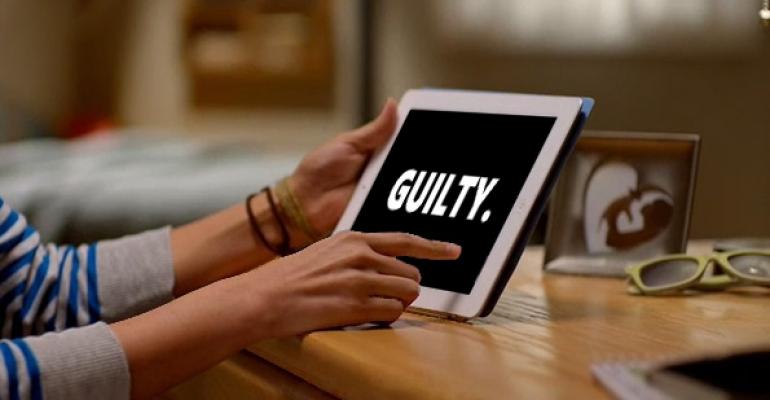 Apple on Monday agreed to a settlement in a civil class-action lawsuit that arose in the wake of its sweeping antitrust conviction for orchestrating and engaging in an illegal e-book pricing conspiracy with the five biggest book publishers in the United States. This settlement does not impact the federal antitrust case—indeed, it is contingent on the verdict in Apple's appeal of that case—and in no way indicates that the company has had a change of heart about its role or culpability in breaking the law.

"The Class Plaintiffs, State Plaintiffs, and Apple have executed a binding agreement in principle to resolve the Class litigation, and the damages phase of the States' litigation," the court filing reads. "Any payment to be made by Apple under the settlement agreement will be contingent on the outcome of that appeal."

The case that Apple settled is a class action lawsuit in which US states and consumers were seeking as much as $840 million in damages because Apple illegally orchestrated an e-book pricing scheme that saw the price of new e-books jump by as much as 50 percent. The damages are an attempt to recoup some of the money that consumers overpaid for e-books as a result of Apple's scheme.

Apple entered the e-book market in 2010 alongside the introduction of the iPad. And while the firm's abuses were immediately apparent—and were obviously aimed at artificially undercutting the market leader, Amazon.com, so that Apple could gain a foothold in e-books—regulatory agencies from around the world were slow to act. In December 2011, the European Commission finally announced its antitrust investigation of Apple. And the US Department of Justice was even slower to act, filing an antitrust lawsuit against the firm in April 2012.

Apple's guilt in both cases was easily proven, and in December 2012, the EC announced that it had obtained a settlement from Apple and the publishers involved in that case. In the US, three of the five big publishers charged alongside Apple caved immediately, and the other two eventually settled. But Apple decided to gamble with a trial and lost big time: In July 2013, Apple was found guilty of orchestrating a conspiracy with publishers to artificially and illegally raise the price of e-books in an effort the firms knew would harm both competitors and consumers. In a September ruling, Apple was ordered to change its business practices, and the judge assigned a monitor to ensure that the belligerent company—which continually refuses to admit its guilt—followed the rules.

Since then Apple has appealed the ruling and has kept the courts busy by complaining about the monitor, whom it says is an invasive presence in a company that relies on secrecy. But as recently as February, an Apple bid to have the monitor removed was denied, and the judge noted that the company continued to act belligerently and was clearly uninterested in changing its behavior as required.

With this week's settlement, the mid-July trial at which the final amount of Apple's damages fine would have been assessed has been at least delayed. Presumably, Apple was able to obtain a smaller figure than the $840 million the class action could have been awarded in court. But that settlement is sealed until the outcome of Apple's appeal of the US antitrust case. Which, given the speed of the courts, could be sometime next year.

How to Get Started with PowerShell DSC to Control Configuration Drift
Aug 03, 2021

The 5 Most Important CyberSecurity Questions You Should Be Asking
Aug 02, 2021