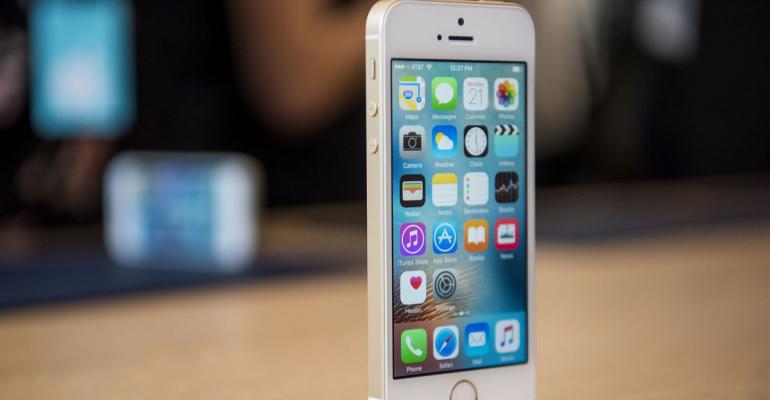 Apple Is Said to Have Plan to Combine IPhone, IPad, Mac Apps

Starting as early as next year, software developers will be able to design a single application that works with a touchscreen or mouse and trackpad depending on whether it’s running on the iPhone and iPad operating system or on Mac hardware.

The same approach hasn’t worked nearly as well on Apple’s desktops and laptops. The Mac App Store is a ghost town of limited selection and rarely updated programs. Now Apple plans to change that by giving people a way to use a single set of apps that work equally well across its family of devices: iPhones, iPads and Macs.

Starting as early as next year, software developers will be able to design a single application that works with a touchscreen or mouse and trackpad depending on whether it’s running on the iPhone and iPad operating system or on Mac hardware, according to people familiar with the matter.

Developers currently must design two different apps -- one for iOS, the operating system of Apple’s mobile devices, and one for macOS, the system that runs Macs. That’s a lot more work. What’s more, Apple customers have long complained that some Mac apps get short shrift. For example, while the iPhone and iPad Twitter app is regularly updated with the social network’s latest features, the Mac version hasn’t been refreshed recently and is widely considered substandard. With a single app for all machines, Mac, iPad and iPhone users will get new features and updates at the same time.

Unifying the apps could help the iOS and macOS platforms “evolve and grow as one, and not one at the expense of the other,” says Steven Troughton-Smith, an app developer and longtime voice in the Apple community. “This would be the biggest change to Apple’s software platform since iOS was introduced.”

Apple is developing the strategy as part of the next major iOS and macOS updates, said the people, who requested anonymity to discuss an internal matter. Codenamed “Marzipan,” the secret project is planned as a multiyear effort that will start rolling out as early as next year and may be announced at the company’s annual developers conference in the summer. The plans are still fluid, the people said, so the implementation could change or the project could still be canceled.

Apple wouldn’t be first to bring mobile and desktop apps closer together. Before it discontinued Windows software for smartphones, Microsoft Corp. pushed a technology called Universal Windows Platform that let developers create single applications that would run on all of its devices -- tablets, phones, and full-fledged computers. Similarly, Google has brought the Play mobile app store to some laptops running its desktop Chrome OS, letting computer users run smartphone and tablet apps like Instagram and Snapchat.

It’s unclear if Apple plans to merge the separate Mac and iOS App Stores as well, but it is notable that the version of the store running on iPhones and iPads was redesigned this year while the Mac version has not been refreshed since 2014.

Apple’s apps initiative is part of a larger, longer-term push to make the underpinnings of its hardware and software more similar. Several years ago, the company began designing its own processors for iOS devices. It has started doing the same for the Mac, recently launching a T2 chip in the iMac Pro that offloads features like security and power management from the main Intel processor onto Apple-designed silicon. Much the way Apple plans to unify apps, it could also one day use the same main processor on Macs and iOS devices.

That would make it easier to create a single operating system for all Apple gadgets. Will Apple go there? Chief Executive Officer Tim Cook has resisted doing so, arguing that merging iOS and macOS would degrade the experience. “You can converge a toaster and a refrigerator, but those things are probably not going to be pleasing to the user,” Cook said in 2012. Apple software chief  Craig Federighi has called the blending of iOS and macOS “a compromise.”

Maybe so. But Apple has a long history of insisting it would never do something -- make a small iPad, say, or a big iPhone -- and then doing it anyway.