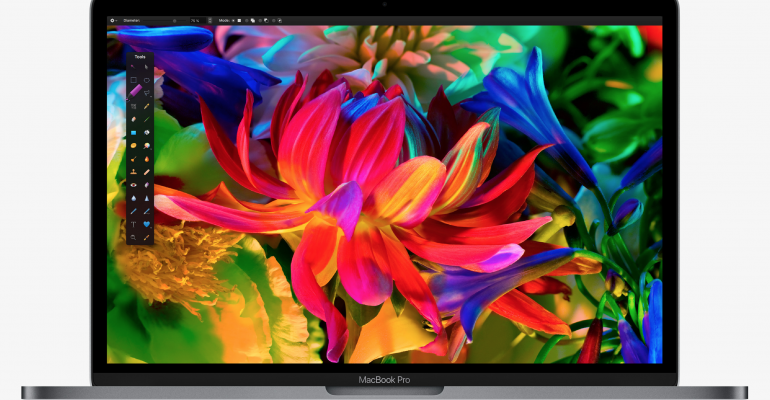 It's hard to be Apple right now. The CEO is constantly being compared to a dead man. The company rakes in literally millions of dollars in daily profit and is still excoriated in the business press for not doing anything jaw-dropping. And the devoted customer base has been beating a steady drum for the past two years, "Where are my new computers?"

With that kind of narrative -- Apple's boring and its hardware line is old -- the company was under pressure to produce a showstopping new number, something that blew people away with the design and the new features.

What they produced instead were two nice, thin MacBook Pro computers.

(And quite possibly buried the news that their old, thin MacBooks -- the MacBook Air -- are being phased out. This is significant because the MacBook Airs were generally lower-end models at more attainable price points for people who don't routinely drop four figures on a computer. Eliminating the lower-end machines seems likes a strategic position to solidify Apple's positioning as a luxury brand.)

The MacBooks are pretty, coming in the typical silvery hue or a brushed-aluminum casing that's nearly black. And they're thinner than even the MacBook models - the 13" MacBook is a whisperweight three pounds and 14.9 millimeters thick, while the 15" MacBook is only four pounds and 15.5 millimeters thick. And they do sport better performance than their two-year-old predecessors.

But the energy in the room was subdued, and the introduction of a new feature, the Touch Bar, seemed to underwhelm some people, perhaps because it's an admission that Apple's not making its laptop computers touchscreen-capable.

The Touch Bar dwells where the function keys on most laptop keyboards currently do, and the center's contents change depending on the application the user is running. This is important for three reasons:

It creates the user expectation that hardware should be capable of customization for every software task running on it. Hardware as a fixed entity is no longer the only option.

It blows open more complex applications so buried features or often-repeated tasks are available with a flick of the finger on the keyboard. This is a way to break out beyond the "drill down through this menu, open this window, click these buttons" sequence of performing complex tasks.

It introduces the user experience of seeing your past work laid out, then going back, step by step, through a complex process to revise or tweak something. In the demos we saw today, people could literally lay their hands on their past work and revise it.

The Touch Bar is going to change how people expect to work. The last point, especially, is basically a tactile and visual representation of Track Changes. (Whether this step-by-step workflow is preserved when a file is saved or shared was not mentioned at the demo -- if that's the case, this is a tremendous tool for collaborative creative work.)

What was interesting, coming off a Microsoft demo where the boisterous qualities of play and creativity were feted with the debut of their new Surface Studio, is how focused today's MacBook pitch was on how it was a working machine. Sure, the work in question was cool stuff like editing movies and photos or DJing, but it was treated as serious, professional labor. It was a total 180 from yesterday's Microsoft event.

Two things that stood about about the Apple event, however, had nothing to do with the computer.

First, the Apple TV announcement shows that the company has decided to commit to a consumer experience where one app simplifies multiple information streams. Just as they have begun addressing the smart-home situation with Home, an app that aggregates all your separate smart-home apps in a dashboard accessible via one finger tap, so will the TV app do the same thing for all the streaming media available (for purchase) via Apple TV.

Apple is very good at defining default user experiences, with everything from computer desktops to smartphone design. The ambition in trying to define a default user experience for something as sprawling and unruly as the smart home market is considerable; same goes for the wild west of streaming TV, where new services and business deals roll out on a regular basis. If Apple can manage to win user mindshare with "This Is How It's Supposed to Work" on either smart homes or TVs, that's a huge win for them from a business perspective; it gives them considerable influence when making deals.

Second, all the throat-clearing about how great the iPhone 7 is and the reminder of how there are new iPads and Apple Watches out there may have served as a signal to old-school tech nerds: Computers are nice, but they're not nearly as important as they used to be.

Overall computer sales have been falling for a few years now, for a few reasons: They're expensive; smart phones and tablets meet many people's needs (especially outside the U.S.); operating system updates often lead people to delay purchases.

Although Apple's comfortably held its computer sales figures in the 4-5.7 units per quarter range, the sales charts look more like "holding the line against the decline," with no growth in sight. And that's reflected in where the money's coming from now. In the most recent quarter, mobile device sales (phone plus table) comprise 70% of the company's earnings, services (like iTMS and iCloud) make up 13% and computers come in at 12%.

It's possible that today's event was the beginning of a repositioning. Perhaps the company known for the personal computer revolution has decided that the next revolution is in defining and controlling the complex everyday technology around us. Computers are only a small part of the total experience.