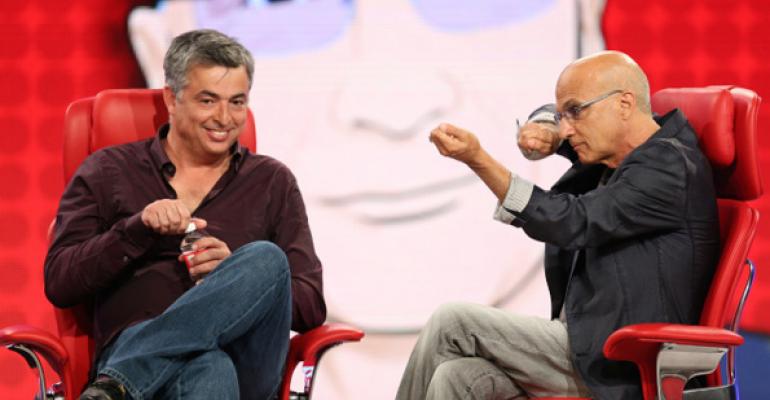 If you can't Beats them, buy them

Apple on Tuesday announced a blockbuster deal to acquire Beats Music and Beats Electronics for $3 billion in cash and stock, in a deal that will also see Beats co-founders Jimmy Iovine and Andre "Dr. Dre" Young join the firm. The Beats acquisition is the biggest in Apple's history, by far, and the first time the firm has allowed the acquired firm to continue using its own brand.

"Apple is acquiring Beats Music and Beats Electronics, two fast-growing businesses which complement our product line and will help extend the Apple ecosystem in the future," Apple CEO Tim Cook wrote in a letter to Apple employees. "Bringing our companies together paves the way for amazing developments which our customers will love."

The $3 billion deal includes $2.6 billion in cash—a pittance when compared to Apple's cash hoard of $150 billion—and $400 million in stock. Apple expects it to be approved by regulators this calendar year.

When news of Apple's pending acquisition of Beats became public a few weeks ago, there was some speculation about which parts of the latter firm Apple was most interested in. Beats Electronics sells a successful range of headphones and speakers, but that business isn't particularly core to Apple's future. Beats does, however, have a high-quality music subscription service—a boat Apple missed entirely—and two culture-tuned co-founders. And as it turns out, it was indeed those latter two items that Apple was most attracted to.

In the first sentence of its acquisition announcement, Apple describes Beats Music as a "critically acclaimed subscription streaming music service," and later notes its "incredible curated listening experience." Beats is indeed unique among music services in that it has a huge collection of playlists that are curated by human music experts, where most services rely on radio-like functionality that algorithmically builds playlists based on music the listener says they like.

When I looked at Beats Music in January, I found the service to be "a serious new contender in an already-crowded market." You can learn more in my Beats Music Preview, but it's fair to say that the service is nicely differentiated. (And there's even a Windows Phone 8 version of the Beats Music app.)

That said, Beats is also a fairly new service with just 250,000 subscribers, and it is currently available only in the United States. By contrast, Spotify recently revealed that it has over 10 million paying subscribers and over 40 million users. And market leader Pandora has over 75 million users worldwide.

Apple hasn't provided many details about how it plans to move forward integrating Beats into its other products. But an executive of the firm suggested that it would take advantage of music impresario Jimmy Iovine's famous "ear" for trend-spotting to try and reinvigorate Apple's music business, which has both declined in the past year and failed to make up for the freefall in sales of traditionally packaged music.

And although the Beats brand will continue, the firm will be split up, in a way, inside of Apple. The headphone business will report to Phil Schiller, Apple's senior vice president of worldwide marketing, while the music business will become part of Mr. Cue's organization. Mr. Iovine will report directly to Mr. Cue, and will try to "put steroids into this thing and get it done quickly." Dr. Dre's role is even more nebulous: He will continue to make music but will also "do as much as it takes" to help Apple.

How to Get Started with PowerShell DSC to Control Configuration Drift
Aug 03, 2021

The 5 Most Important CyberSecurity Questions You Should Be Asking
Aug 02, 2021