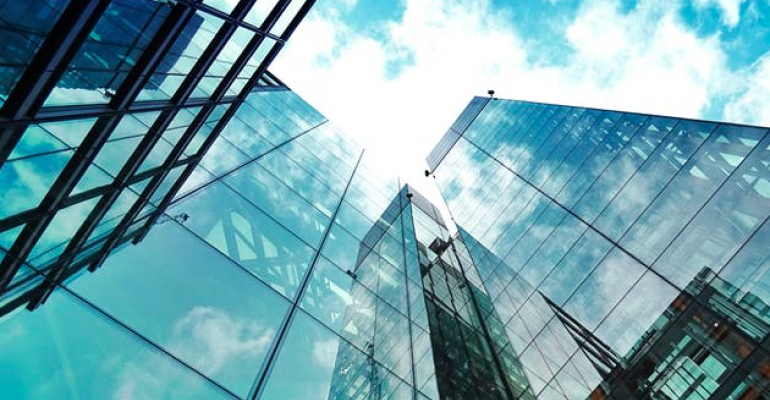 5G Technology for Fixed Applications: Your Next ISP?

When is 5G coming? It could be sooner than many enterprises have planned, with the use of fixed 5G technology.

Many--consumers and tech professionals alike--are wondering: When is 5G technology coming? It's true that 5G is the next--and very exciting--upgrade in the world of wide-area mobile communications, promising all-IP services and gigabit-plus throughput--truly, the culmination of four decades of research, development, technology advances, huge financial investment, great marketing and consumer demand. It will take some time before 5G reaches critical mass, but organizations should be thinking about 5G technology now for fixed applications.

It's important to put 5G in context. The technology is going to take significant time--at least another four years--to reach what we at Farpoint Group call “critical mass”--the general availability (but certainly not the universality) of 5G to consumers in the major geographic areas where they live, work and roam. Even for locales with a high population density, build-outs take time, especially given the emphasis on the small cells central to 5G’s throughput and capacity and the corresponding requirement for gigabits of additional backhaul capacity to interconnect all these new base stations. Add in the time for all new client devices to be 5G-equipped (2020 or even 2021, at the earliest), not to mention the need for the installed base to upgrade to these devices--and, well, as the saying goes, don't hold your breath here.

Which brings us back to fixed 5G, which is already available in a small but growing number of markets. With a fixed service, both endpoints of a given connection are stationary while in operation and will, in most cases, never relocate or otherwise move at all. In fact, fixed 5G service could be networking pros' next ISP, especially in new and smaller locations like branches. After all, if the mission of 5G is to replace wire to the end user, shouldn’t 5G be able to replace all wire in that role? Fixed 5G, in a large number of venues, can do this.

Verizon is offering 1 Gbps (peak; the company advises that 300 Mbps is a more reasonable expectation--not too shabby regardless) home service for no more than $70 per month, about what the company charges for gigabit FiOS wired Internet service. Yes, availability is limited--currently, to four cities--and, no, this offering isn’t based on what will likely be the final standardized 5G “NR” technology. But future offerings likely will be, and we’ve heard talk of the possibility of 2 Gbps throughput in the future.

Verizon isn’t alone here. AT&T offers a less-capable fixed-wireless service today, but is also rolling out fixed service in the CBRS bands aimed at rural customers. Verizon also is exploring gigabit-class fixed wireless via a hybrid wireless/power line technology it calls project AirGig. We expect that AT&T will, like Verizon, eventually migrate its airlink to 5G NR for reasons of cost (volume production of any given technology = lower costs) and leverage (they need to build a mobile-centric 5G infrastructure anyway, so why not include a fixed offering as part of their offering?).

We’ve also heard comparisons of fixed 5G to WiMAX, the late and not-so-great technology once touted by many industry leaders, including Intel and Sprint, as the future of fixed wireless. Overhyped and underdelivered, WiMAX never had a chance against 4G (LTE). In fact, WiMAX technology offered no advantages over LTE, so it wasn’t hard to predict its demise. Fixed 5G, however, will eventually be based on the same standardized 5G essential to mobility, so fixed is really a convenient, low-cost adjunct to what’s happening in mobility anyway.

Fixed 5G service does indeed have very limited availability right now. But as 5G buildouts proceed, we expect that fixed 5G will be completely compatible with the mobile-centric networks being built: A fixed terminal is pretty much the same as a mobile device, but with better antennas, AC power and overall construction, thus enhancing reliability all around. So whereas a good number of end user sites today have 4G backup (often in the form of a Wi-Fi router) in the event their landline fails, 5G's as-good-as-landline throughput means that landline replacement is a real possibility. And if we add metro-scale 802.11ax (which qualifies as 5G in my book, as it has gigabit-plus throughput and can be deployed in very-large-facility and metro-scale venues) into the equation, it’s practically guaranteed that carriers offering fixed 5G will become the primary ISPs for many organizations.

So, the question of "when is 5G coming?" is a bit complicated. 5G technology is on its way to becoming the do-it-all wireless technology that truly will replace wire across the board in wide-area settings and in all applications--from fixed to mobile, and from IoT, smart grid and ISP to all business, commerce, entertainment and communications applications. While current 5G fixed offerings are few and far between, and while the technology will need some time to mature, don’t be surprised if in five years or so fixed 5G is, in fact, the wire that connects your facilities to the Internet--and beyond.

Developing Mobility Strategy: The Mobility Issues (and Opportunities) That Must Be on Your Radar
Jan 29, 2019