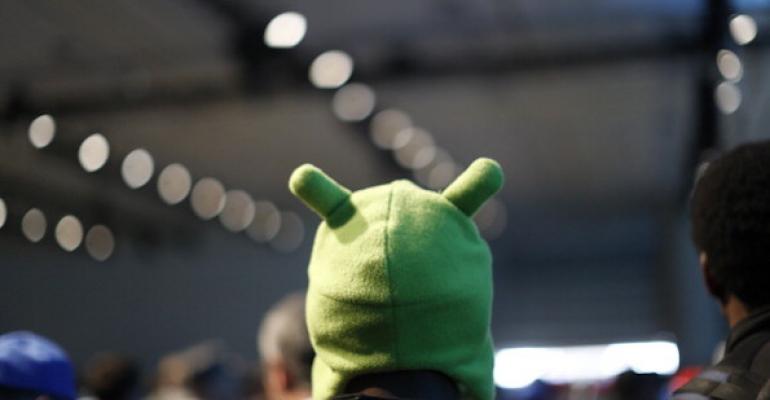 2017 Predictions: Google Wants to (Literally) Be Everywhere You Are

The story of Android in 2016 was about more than just the operating system. It was about Google's real ambition: Total ubiquity in everyone's lives.

We learned this year how much Google wants to be everywhere, building a “personal Google” that can do everything from tell you about your next appointment to firing up a playlist and fetching an Uber.

Since the future of Google services is to have it everywhere, and accomplishing that type of ubiquity requires hardware. Hence the “Made by Google” event in October that introduced the Pixel, Google Home, Daydream VR, Google WiFi, and a 4K Chromecast. All of this matters greatly for Android, because Google is going to increasingly leverage it as an even stickier piece of its expanding ecosystem.

LOOKING BACK AT 2016 PREDICTIONS

This last year had some things that played out as I expected and some that weren’t on my radar. I was pleasantly surprised, but not completely blown away, that Google opted to create its own phone with the Pixel. We’d heard murmurings of that early in the year, and then it finally turned out that instead of another Nexus phone, which had always been done in partnership with a handset maker, Google would pull an Apple and just build the thing itself (to be specific, HTC is the device manufacturer).

Part of the reason is that Google’s moves weren’t entirely shocking was that this was one way to catch up and step up to compete in existing areas. The company essentially built a competitor to the Amazon Echo (Google Home), the iPhone (Pixel), and the Gear VR (Daydream VR).

The reason? Google has decided that it must control its own future. When the world was just about Android vs. iPhone, it was happy to make the software and let hardware makers duke it out for supremacy.

Things have changed. The ecosystem that we all live in isn’t just tied to a smartphone, computer, and tablet. It extends to television, cars, virtual reality, and now talking oracles that sit atop the kitchen counter. For Google to control that and build its vision of a “personal Google” it needs to make the hardware as well.

Android is better than ever, and it finally has a good video chatting app in Duo and messaging solution in Allo, although nobody I come across uses it.

The bottom line: The real story, or five of them to be exact, is in this new combined hardware and software future.

We begin with the future of Google search - an always there, always listening, ever creepy Google Assistant. Revealed at Google I/O, the concept is that you will have your own personal Google. The company has been building the foundation work for this initiative during the last couple of years, which began with Google Now. Instead of launching an app to discover your flight information or schedule, you can just ask Google.

With so much information contained in your Gmail, search history, and other Google products, the company has a significant knowledge about the details of your digital life. Forget scrolling through a feed of Google Now cards to find out when your next event is. Just ask.

Google decided to go full-on into the smartphone hardware business and make its first phone, the Pixel. While it’s not great news if you’re another Android hardware maker, the move made a lot of sense for Google. It’s an excellent device with a fantastic camera, and it allows Google to perform a massive beta test of the Google Assistant. I find that it’s genuinely smarter and more useful than Siri, giving the Pixel an edge in a direct comparison with the iPhone. It’s the first Android phone that I recommend to friends and family without any hesitation.

It feels like Google was caught slightly off-guard by the success of the Amazon Echo. This is definitely a me-too product, with Google banking on its superior artificial intelligence capabilities to put it over the edge. If you connect it Spotify or Play Music, it’s the perfect party companion since you can request songs or artists by name. It also talks to Netflix and other video services for easy casting to the bigger screen.

The bottom line: The functionality isn’t as deep as Alexa, but Google’s likely to push hard to get there.

Every year we get a new flavor of Android, and this year it was Nougat. The big change this year was a lengthy software beta that allowed Nexus users to try out Nougat for several weeks before it went live.

It has a lot of great features, like split-screen mode, faster multitasking, and several enhancements that make Android the best mobile operating system there is. The truest and most powerful version, however, is reserved for Google’s own Pixel.

The bottom line: It’ll be worth watching if this turns into a permanent divide between Google’s own version of Android and everybody else.