Many of the best features of iOS12 are found under the hood. For example, Apple has tightened up security in Safari by allowing you to keep websites from tracking your behavior after you like or share something--as well as blocking tailored ads based on your browsing activity. Another cool feature: When you’re texted a passcode for authentication, the Messages app will automatically paste the passcode into the app requesting the code.

You can also create strong, random passwords in Safari. When you visit a site and need to create a new login/password, tap into the password field and tap “Use Strong Password.” You can also go to Settings, Passwords & Accounts and look for any passwords you’ve reused (they show a triangle with an exclamation mark) and change them on the website using the iPhone’s secure password generator. One note: iOS failed to offer the ability to create a strong password in some form fields I tried. It’s a promising feature that still needs to work out the kinks.

Siri now pays attention to common routines you perform with your apps--like setting timers, ordering food or splitting a lunch bill with coworkers. You’ll need to download the Shortcuts app from the App store first. You can record your actions using the app, or just tell Siri what to do. It’s particularly useful for combining actions--for example, getting directions home, along with your ETA with traffic, and turning on smart home lights when you get there. Siri will also make suggestions, like suggesting you text someone when you’re on the move and running late for an event in your calendar.

Siri introduced the ability to translate phrases into foreign languages in an iOS 11 beta. But now it provides translations in 50 new languages, including English to Chinese, French, German, Italian and Spanish.

You can tell Siri to translate a phrase in several ways. For example:

Siri shows the translated phrase on screen and pronounces it, as well.

Apple’s Screen Time app, along with its health monitoring features, seek to usher in a kinder, more thoughtful approach to using your iOS devices. The app tells you when it might be time to back off a little, as users increasingly take work home and sometimes feel the pressure of a 24-hour schedule. The app shows you how often you pick up the phone, breaks down your use by category (“social networking, productivity, entertainment”) and shows how much time was spent in each app. You can also set limits for how long you use an app, then do a check to see how much time you have left based on the limits you set.

Improved Do Not Disturb Mode
Apple

The Do Not Disturb feature gets an update in iOS 12, with some new smarts that may assist you at work. You can, for example, mute notifications and calls during an event, such as a meeting or when you leave a location. You can also create exceptions, like allowing phone calls from your Favorites list. When driving, you can set the app to block texts after you connect to Bluetooth in your car, or even set up an auto reply for messages that come in while you’re driving.

With iOS 12, Apple set out to stomp bugs that had plagued more recent versions of the operating system and generally speed things up. Apple says apps launch 40 percent faster, and the keyboard appears twice as fast as in previous versions of iOS. Users are reporting speed increases even in older devices, so it’s recommended to install the latest version to give a boost to older iPhone or iPad. And while some users report seeing little gain in other areas, like unlocking and launching some third-party apps, most users are seeing performance gains across the board.

Apple’s Group FaceTime will eventually allow video call meetings with up to 32 people, though it won’t be available until an update late this fall.

When available, the app will automatically feature whomever is speaking, though you can tap to view anyone in the conference. One cool feature is the ability to start a Group FaceTime session from an existing group chat in Messages. You can launch a new chat session or view FaceTime meeting within the Messages chat. And the app uses end-to-end encryption to protect the privacy of conversations. The feature, once available, will run across iOS devices, including iPad and HomePod.

Voice Memos always seemed like an underused tool for business, and in iOS 12 the app receives a number of important upgrades. First, you can now use the app on the iPad and Macs, and sync the recordings to iCloud, so you can retrieve them from multiple devices. The app has new editing tools that allow you to trim audio clips or cut/paste to rearrange portions of your recordings. Unfortunately, you can’t yet share recordings with Garageband, so it may not be ready to handle, say, podcasts. But it’s an impressive overall update for those who need recordings of meetings or interviews, and even jobs that require some audio rearranging. You’ll need to download the app to use it, as it’s not installed by default.

Apple’s augmented reality platform now allows users to share AR experiences, such as viewing a building design or playing a game. Apple collaborated with Pixar to create the AR format USDZ, which can display AR content in apps, including Safari, Messages and Mail. You can get a quick look at ARKit 2 in action by opening the new Measure app in iOS 12. The app lets you pan the Apple device across a surface to measure it--and it includes a handy level feature. 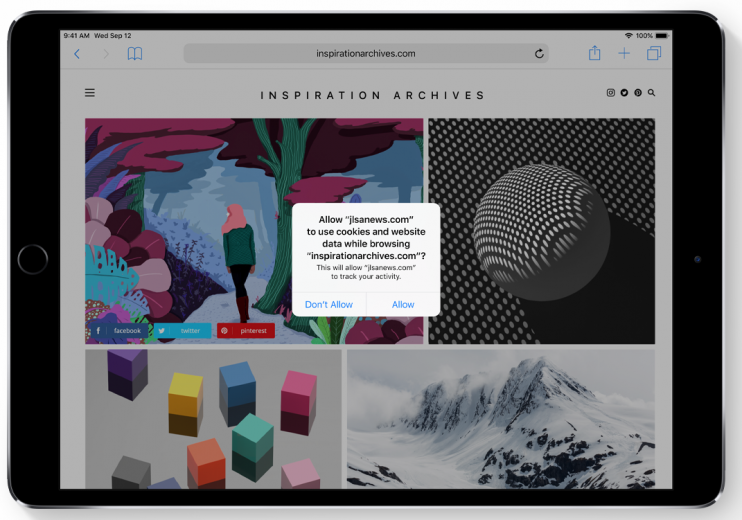 Next Up
Inside Look: How Panasonic Builds Its Toughbook Laptops
Start Slideshow ›