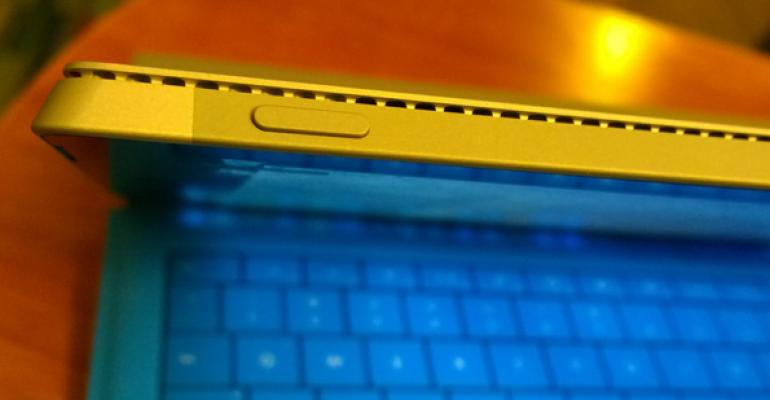 Surface Pro 3: When Bad Things Happen to a Good Tablet

Only a problem for now

I had one of those heart-stopping experiences this morning when Surface Pro 3 wouldn't power on despite my best efforts. The good news? The issue is related to the power management bug that Microsoft knows about and will fix before Surface Pro 3 becomes publicly available. As good—for me, at least—Microsoft told me how to make it right.

To be clear: What I'm describing here will not (or at least should not) be an issue for any prospective Surface Pro 3 customers. As I've written in previous articles in this series, there's a strange power management issue in the prerelease Surface Pro 3 devices that Microsoft has provided to reviewers. And it will be fixed with a June firmware update that will ship before Surface Pro 3 arrives in customers' hands.

I'd experienced various issues before this little episode, but in speaking with other reviewers, I'd heard about a strange problem with powering on the device that I'd not yet seen. This is clearly what happened to me this morning: Surface Pro 3 worked fine all day the day before, but when I woke up this morning and pressed the power button, nothing. Press and hold. Press and hold for a long time. Pray. Nothing.

Ruing the irony of having just given Surface Pro 3 a positive review, I quickly went through the five stages of grief and figured that was it. Fortunately, I'm visiting the home office this week for work, so I knew I could get a loaner laptop there. But I was really looking forward to using Surface Pro 3 this week on the road.

I did know that I could contact Microsoft for technical support, so I did that, figuring on a worst-case scenario in which perhaps I could get the presumably DOA Surface Pro 3 swapped out. But I was happy to discover that it wasn't that serious. That in fact, this was simply the same power management issue that others were seeing.

The issue, as I understand it, is related to the Connected Standby functionality that is, for now, unique to this Core-based tablet. When you stop using Surface Pro 3, it drifts into three different power management modes over a period of time: Connected Standby, where it comes back awake instantly, then hibernation after four hours, in which it boots up like an Ultrabook, and then a deeper sleep mode. Sometimes, apparently, it has trouble transitioning from Connected Standby to hibernation. And I think that this issue once drained my battery overnight.

But there is a simple fix: Plug in the power, unplug the Type Cover, and press and hold both the Power button and the Volume Up button for 12 seconds. It powers on—actually, wakes up—displays the boot screen, and then lets you login. Your previous session is still available, so it's not a full power cycle.

Mary Jo Foley, and others, had experienced this problem, and Mary Jo had told me that when it happened to her, the time was way off when the device did come back up. I noticed this as well: The time was off by a bit more than 2.5 hours for some reason.

Anyway, all is well. And now I at least know how to fix this problem should it arise again. I also don't need to worry about having to use a corporate tank of a Windows 7-based laptop this week, which I'm particularly happy about.