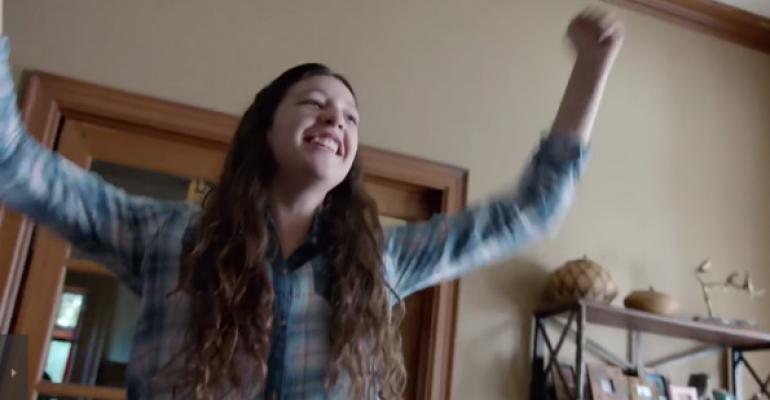 Stay connected with the services that matter most

Microsoft has been making steady gains getting its mobile apps—and thus its services—broadly available on the most popular competing mobile platforms. So far, the availability of Microsoft apps on Android trails what's available on iOS, but there's still an impressive selection of Microsoft apps for those interested in such a combination.

I've been testing Microsoft's apps on two Android devices lately, the mid-2013 version of the Nexus 7, which is Google's mini-tablet, and the Nexus 5, which I reviewed last fall.

Outlook.com. It's a like a little breath of fresh Windows Phone air on Android: The Outlook.com app looks and works much like the Mail app on Windows Phone, so much so in fact that I wish it could be used with other accounts too. It's not exactly compliant to the stock Android look and feel, which might bother some. But I think that was the point.

Skype. Microsoft's Skype client for Android is full-featured and integrates with a separate Skype Wi-Fi app that helps you automatically connected to Skype Wi-Fi hotspots and use your Skype credit to pay for Wi-Fi-based calls by the minute. I've not tried that last bit yet, but it looks like an interesting option, especially if you're traveling internationally.

SkyDrive. As you might expect, this app works just like the SkyDrive app on Windows Phone or Windows 8.x. What's missing, however, is a SkyDrive Pro app. (It's on iOS, so you have to think it's coming.)

Remote Desktop. This recently released app lets you remote desktop into a Windows PC or server, and while I can't claim to use it regularly, it's there if I need it.

Xbox Music. I've moved to using Xbox Music as my primary online music service and now the Android version of the app provides playlist download and offline capabilities. It's a great looking app, and while I'd like to see the ability to mark albums or songs for offline use, it's already pretty much there.

Xbox 360 SmartGlass and Xbox One SmartGlass. Microsoft's second screen experiences are available for both Xbox 360 and Xbox One on Android. (Those who wish to manage their Xbox Live profile can do so with the My Xbox Live app as well.)

Wordament. Microsoft's sole cross-platform mobile game lets you play with others regardless of the device type they own ... and rack up Xbox Live achievements!

Bing. The Bing app doesn't just free you from the oppression of Google's services, it also provides some neat and unique functionality of its own, including the ability to use the Bing image of the day as your device's wallpaper and lock screen. (Sadly, it's not automatic as it is on Windows Phone. But Android users are made to suffer.)

Android for the Windows Guy: Dealing with Notifications
Nov 12, 2013