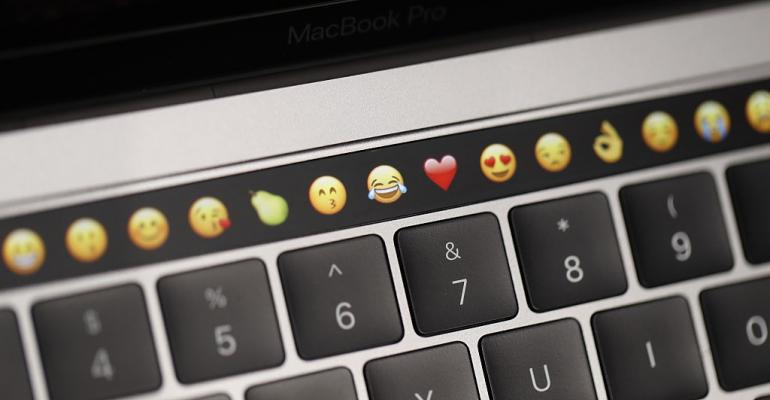 Apple enterprise adoption is growing as more employers give workers a choice of device.

For decades, corporate computing for employees meant desktop computers running Microsoft Windows. Then, as laptops, tablets and smartphones began appearing, the electronic devices used in the workplace began to change dramatically as users wanted to use the right tool for the job and pressured employers to adopt a wide range of groundbreaking devices, spurring Apple enterprise usage.

In 2018, this trend appears to be widening as more enterprises are giving employees the choice of using Windows or Apple enterprise machines of all types to get their work completed. Windows computers are still dominant in enterprises around the country and the world, but some enterprises are listening closely to their users and IT leaders and deciding to provide choice in IT systems on a wider basis.

That's what's been happening at places like CapitalOne and SAP, where employee choice programs are continuing to develop and blossom as part of an effort to retain workers by giving them the technology they prefer.

"Mac users have a different set of expectations" than Windows and other users, Ryan Kremkau, the director of engineering at Capital One, told ITPro Today at a recent Jamf Nation User Conference. "People buy Apple devices and then use them right out of the box. They expect to find the same thing at work when using Apple devices. That has elevated expectations across IT. Apple users are very vocal."

So far, CapitalOne has deployed about 12,000 Macs to employees who prefer them for their ease of use and intuitive design and workflows. Kremkau arrived to build a user choice program at CapitalOne in 2016 after working at Expedia and Nike, where he also worked on Mac deployment projects involving thousands of Macs. Expedia had 6,000 Mac devices when he worked there, while Nike had 14,000 during his tenure.

"We've seen it elevate all of IT, even the concept of support, including the Genius Bar," he said. "A lot of companies have adopted that model, and not just for Macs."

The toughest part for the Mac transition at CapitalOne is information security because bank regulators can be skeptical about Mac security since they don't deal with the vendor's products every day, he said. Due to regulator demands for compliance and tight security, companies like CapitalOne must do a lot of work to prove they meet their regulatory requirements when using Macs.

CapitalOne uses Apple device management applications from Jamf to administer and configure its Apple devices for its 12,000 Mac users, enabling IT staffers to automatically deploy, run, update and manage the devices from a web portal.

At SAP, about 13,000 Mac devices have been deployed and are being managed using Jamf services for employees who want to use them, according to Martin Lang, the vice president of enterprise mobility.

"To some extent, I would say that we don't have a choice but to offer these options to employees," he said. "As a software company, we think we have to offer a choice."

Because the company had previously been an all Windows shop, it was challenging initially to get its new Mac team set up and organized, while preparing the IT staff for the transition and procedural changes around Apple enterprise adoption, but the move is now working well for SAP, said Lang.

Perhaps the largest user of Apple devices around the world is IBM, where some 100,000 Apple Macs, iPads, MacBooks and iPhones are in use by employees as part of the company's still-growing user choice program. IBM also uses Jamf Apple management tools to administer its Mac deployment around the world. IBM started its user choice program in 2015 and found that while the machines are more expensive to purchase initially compared to Windows hardware, that overall support and long-term costs are lower, making them a better overall value, according to IBM. The company reported it was saving about $273 to $543 per Mac compared to a PC, over a four-year lifespan of the machines.

Other companies are also analyzing the idea of user choice, including some early evaluations about such a program at Walmart, where no final decision has yet been reached. In 2017, Walmart had deployed about 7,000 Macs for user pilot tests, according to Miles Leacy, a Walmart who also spoke at the Jamf event.

It will be interesting to see if Walmart's program moves forward in 2018 or if it will fail due to the higher initial costs of Apple devices, since Walmart is built on the idea of low prices at every point in its supply chain, its total cost of ownership goals and its overall operations.