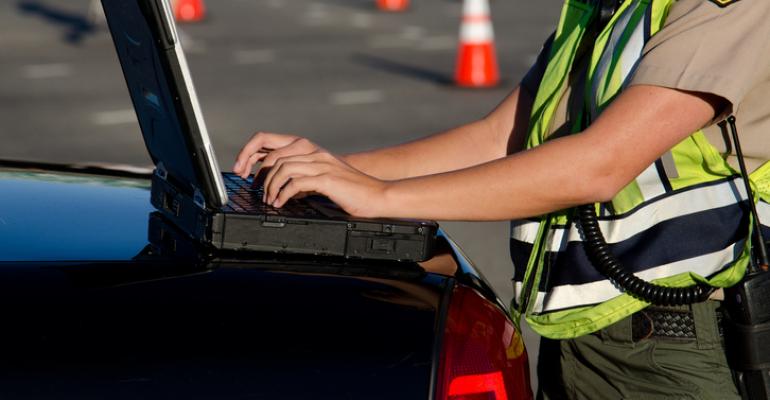 In many industries, business-grade laptops would never survive in the extreme conditions they face. That's where rugged laptops fill their needs.

Powerful and stylish business laptops and tablet computers help drive the engine of enterprise computing every day, but when the going gets rough, computer users who work in extreme environmental conditions need something much tougher to get their work done.

That's where rugged laptops and tablets come in, serving a comparatively small but dedicated niche of users in industries such as oil and gas exploration, manufacturing, chemical production, seafaring, shipping and logistics and more.

Related: The World is Your Workplace: Going Rugged

These rugged laptops, from vendors including Panasonic, Dell and Getac, as well as specialized handhelds from companies like Zebra Technologies, Motorola and Honeywell, make it possible for engineers, scientists, cops, firefighters, long-haul truckers, production managers and others to get their work done anywhere. The rugged laptops are built to withstand extreme cold or heat, high humidity, direct water spray, dirt, dust, grease, oil and other contaminants in the workplace. The machines are also protected from extreme shocks or drops from as much as five or six feet, with displays that can take a beating without failing or cracking.

At SeekOps, a start-up that works with oil and gas exploration companies to look for methane leaks in pipelines in remote locations, their small team of field technicians use ruggedized Panasonic FZ-G1 Toughpads to measure and capture readings taken using drones so they can confirm the safety and security of their customer's systems.

"We needed systems that were tough and that would hold up in the field," Andrew Aubrey, the CEO of SeekOps, told ITPro Today. "We had used fully ruggedized Toughbooks from Panasonic in earlier work with NASA, but we needed more compact devices for use with the drones, so we went with the Toughpads."

Standard non-ruggedized business tablets would not have worked in the remote locations where the company's crews do their work, he said. "The ruggedized machines withstand the harsh field operating conditions when we are packing up at one site and moving into another site within an hour. When you are out on site, there are surprisingly few devices that can give you good readable screen conditions in bright sunlight. Also, these machines provide extended battery life for a full 8 hours of operations. You don't need to replace batteries" throughout the day.

Roger Kay, an IT analyst with Endpoint Technologies who has been covering rugged laptops for years, told ITPro Today that the devices can cost as much as three to four times more than standard business laptops and tablets, but they are necessary in locations where their total reliability is a must-have feature.

"If you look at that the value proposition of these machines, they are for people who really can't have them fail," said Kay. "It has to be a rugged version which is rugged in every way in the field. The concept of the field is that it's not corporate headquarters. It's not a calm place. It could be on an oil rig, bolted to pylons in 120 mph winds."

Accessories also must be robust and fail-safe, he said, including mounting brackets, internal components and all critical systems. "The ruggedization goes beyond the notebook itself, to the cases, the CPUs, the displays and more," he said. "One of greatest strides came in the move from spindles in disc-based hard drives to SSD drives without spindles."

In the U.S. marketplace for ruggedized laptops and tablets, Panasonic has the largest market share, with about 50 percent, followed by Dell with 25 percent and Getac with 25 percent, according to Kay. While Panasonic's machines are the "most highly-focused and developed" in the segment today, Dell's rugged laptops "represent a very viable challenger," he said. "They've increased then battle-hardness of their machines."

"At the top end, it's not a market that's going away," said Kay of the rugged device segment. "I would say that it's relatively stable, but at the bottom it is getting eaten away by cheaper notebooks," which some users are finding will work as well as rugged machines in some industries, at much lower costs. For those users, they are buying three of the cheaper machines for the same price as one rugged machine and then replacing them as needed.

For the vendors in the segment, it's a high-value, high-margin business that's worth being in, said Kay. At the same time, there's likely not enough potential growth here to attract any additional vendors to serve the segment, he added.

Another analyst, Rob Enderle of Enderle Group, said that while rugged laptops cost significantly more than standard business computers, they also tend to stay in service much longer.

"Panasonic Toughbook is the gold standard but Dell has been moving on them aggressively since some questionable organizational moves badly impacted their image as a segment leader," said Enderle. "Dell was able to field superior services and bundles while largely matching them on hardware."

At the same time, "Panasonic still has the broadest line in the industry and there are several niche players that have unique point solutions that reside underneath Panasonic and Dell," said Enderle. "This class of product, generically, is the class you use if someone's life depends on the machines working."