Inside Look: How Panasonic Builds Its Toughbook Laptops 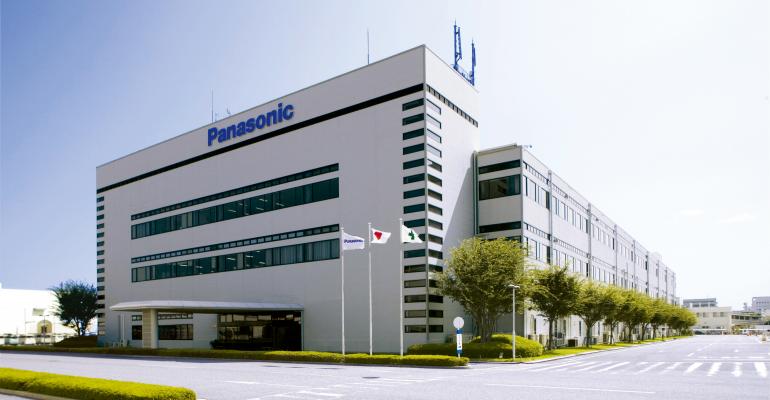 Start Slideshow ›
After a rare visit to Panasonic's Toughbook laptop factory in Kobe, Japan, I'll never look at a laptop in the same way again.

KOBE, Japan – As you walk onto the factory floor here at Panasonic's Toughbook laptop factory, you are surrounded by bright lighting, audible "whirs" and "whooshes" from odd-looking automated robotics machines and a clean-room atmosphere where precision is the mantra.

Everywhere you look, you see a new laptop being created at one stage or another. Across the room, where the individual and grouped components are finally assembled, you see teams of Panasonic workers, silently standing shoulder to shoulder as they attach a component to the devices coming down the line.

The organization and perfect timing of the processes is remarkable.

And as I gaze across the factory floor, I realize I will never again look at a laptop in a store or online and wonder how a vendor can charge so much for such a small device. Now that I have seen what goes into the construction of a modern, ruggedized Toughbook laptop, I can truly appreciate what goes into the design and assembly of one of these precision-built marvels.

In more than 17 years of writing about technology, I've used a wide range of desktop and portable computers to research and write my stories, but until recently I'd never stepped foot inside a factory where computer components were created, assembled and transformed into working machines.

That changed in November when Panasonic invited a small group of American technology journalists, including me, to visit Japan for an up-close tour of the company's Toughbook laptop factory in Kobe, where the company has been building laptops since 1991.

Located about two hours from Osaka, the Kobe factory is a whirlwind of device design, manufacturing, assembly, testing, repairs and packaging, producing and shipping about 70,000 Toughbook laptops each month, according to Panasonic. About 1,400 employees work inside the plant.

Every day, shipments of components used in the construction of the machines arrive at the Kobe factory from third-party vendors, which together with parts inventory kept on site allows the plant to operate around the clock.

The assembly area, which covers the entire second floor of the of the two-story facility, is filled with automated machines that start with blank motherboards, deposit and attach parts, add multiple liquid-soldered joints simultaneously and then send them down the line to the next station where more construction processes are completed.

The noise on the factory floor is a steady drone, with frequent buzzes and whirs from the robotic machines as their automated arms quickly and steadily dance across the components being built inside them.

It is like a technological ballet, along with flashing lights, moving belts, flexing cables and constant motion as your eyes watch a blank motherboard turned into a fully-equipped system board in a matter of minutes. Processors are added instantly, as are memory modules, spacers, and a myriad of other small components which go together so quickly and precisely that your eyes have trouble tracking all the progress.

Speed is a large part of what makes the process work here. It takes 20 minutes for the robotic machines to produce and complete one motherboard, and then another 30 minutes to complete the assembly of one laptop machine – a total of 50 minutes for each laptop. Each motherboard is built from about 2,500 components.

Once built, every single Toughbook laptop then goes through inspection and testing before being packed and shipped to ensure it is working as designed, right from the assembly plant. The machines are inspected for quality assurance, burned-in to ensure the operating system is fully functional. Testing for Electromagnetic Interference (EMI) from the devices is also conducted to ensure that humans and other electronic devices will not be harmed by high EMI levels.

Any machines that fail a quality control test are sent to a small repair center area on the factory floor, where technicians can make repairs as needed or reject the machines for shipping.

Some devices are also pulled from the assembly line regularly to put them through a series of dramatic reliability, water, dust, drop and other severe tests to confirm they meet the standards for Panasonic's ruggedized Toughbook nameplate.

The 72-hour reliability tests are done in a special section on the first floor of the factory, where sample machines are pulled from the line and blasted with high-pressure water spray and watched to be sure they are still operating normally. The test devices are also submerged in a water tank, baked in ovens and chilled in refrigerated units to check their stamina against a wide range of extreme environments. The tests replicate temperatures from minus 40 degrees F to 212 degrees F, as well as relative humidity from 20 to 98 percent.

The factory also houses a call center where Toughbook laptop users can check in to discuss any issues or questions concerning their machines.

The Toughbook series of ruggedized machines began in 1996 and celebrated their 20th anniversary in 2016. The line, which began with a ruggedized laptop built for business customers that needed machines which would operate reliably in extreme conditions, has since grown to also include ruggedized tablets, detachables and handhelds for business users.

The first Toughbook model in 1996 was the CF-25, which could survive drops up to 27 inches without damage, while also resisting dust, dirt and humidity.

Hiroaki Sakamoto, the director of Panasonic's mobile solutions business division and the managing director of the company's connected solutions division, told ITPro Today that the Toughbook concept and brand was created based on customer demands for machines that could withstand harsh environments in critical operations including the military and large enterprises.

"Fortunately, we had good technology and did a lot of brainstorming," as the machines were being created, said Sakamoto. "Our success started to develop," and a growing customer base followed.

By having flexible inventories at the factory, Panasonic can quickly change the parts in their machines to meet the individual requirements of its customers, adding a needed feature or component to make it more suitable for a customer's tasks. This gives the company more value with its user base, he said.

"What they want to change, we always listen," said Sakamoto. "They will design our products based on their voice. Our customers and engineers talk every day, and that's a strength."