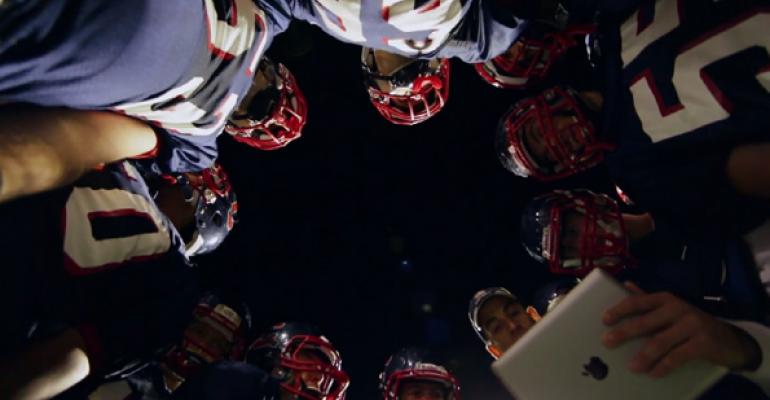 Apple in the Enterprise

Will an Apple a day keep the IT admin away?

Intrigued by reports over the past few weeks that Apple had suddenly embraced the enterprise, I went looking to see what all the fuss is about. As it turns out, the firm has been prepping an update to its iOS mobile OS—it's out now—that improves a number of things. But Apple doesn't really need to do all that much to appease the enterprise. This "Bring Your Own Device" (BYOD) trend that everyone is so excited about is really about "Bring Your Own iDevice." And the popularity of Apple's iPhone and iPad is what touched off this craziness to begin with.

In a way, employees' desire to use Apple devices at work—"BYOID," as we might more accurately call it—is the mirror image of what we saw at the start of the personal computing revolution thirty years ago: Back then, employees would bring in Apple IIs so they could run VisiCalc at work.

Like the Apple II of long ago, the iPhone and iPad are an interesting mix of consumer- and business-oriented functionality. Apple's marketing is largely focused on the consumers it explicitly targets, and the firm has long championed personal expression, education, and leisure activities over work in its advertising. But these devices have of course always included a good mix of business functionality too, including Exchange ActiveSync (EAS) support for push-based email, calendar and contacts, and, more recently, decent mobile device management (MDM) support.

Some of that is improved in the new iOS version, which includes much-improved MDM capabilities, including over-the-air device configuration and management for those with an existing MDM solution in place. This means that users can now enroll in MDM during initial setup, enabling settings, apps, and policies to be installed to the device over the air going forward. The firm is documenting these capabilities from a new iOS 7 and business website. In particular, you might want to check out the iOS Enterprise Deployment Overview and Device Enrollment Program Guide.

Apple has also started documenting the security features in iOS and, more specifically, the capabilities of the Touch ID sensor it includes with the flagship iPhone 5S and the Lightning cables it uses with all iOS devices. Touch ID—which you know will be making its way to more iDevices in 2014—uses a "secure enclave" chip, shades of TPM, to partition security information from the rest of the system. And those Lightning cables aren't just a snowy white replacement for USB cables; they include a special authentication chip that, among other things, helps prevent the transmission of malware into connected devices.

And then there's the Microsoft angle.

Although the software giant would no doubt love to see its Windows and Windows Phone platforms make inroads on iOS, that's a multi-year process that might or might not ever be successful. More to the point, its devices and services strategy was never predicated on users only having Microsoft devices. Microsoft understands that we're living in an Android and iOS world, and has been racing to get as many Microsoft apps and services on those devices as possible.

This is particularly true on iOS. There are some consumer-type options, of course. A game called Wordament, and SmartGlass apps for Xbox One and Xbox 360. And a neat Photosynth app that can make interactive photographic panoramas. But the collection of business-oriented Microsoft apps on iOS is pretty extensive, and better than what the firm delivers for Android. (I wrote about the Android offerings recently in "Android for the Windows Guy: Microsoft Apps.")

Lync 2010 and Lync 2013. These are the full-featured mobile clients for Lync and Lync Online.

Microsoft Remote Desktop Connection. This useful app lets you remote desktop into your servers and PCs.

Microsoft Tech Companion for iPads. This newsfeed-type app helps you keep up to date on the Microsoft solutions that interest you most.

Office 365 Admin. Currently limited a bit in scope, this app lets you know at a glance whether your subscribed Office 365 services are up and running. (In other words, you can't actually use this app to administer Office 365.)

Office Mobile (for iPhone only). Microsoft currently provides a mobile version of its Office suite—with mobile versions of Word, Excel, and PowerPoint—for the iPhone only. (A more full-featured Office for iPad is expected this year.)

OWA for iPhone, OWA for iPad. This curious and potentially superfluous app lets you access your (business versions of) Office 365-based email, calendars, and contacts using a Windows Phone-like UI and Microsoft features such as Conversation View and messaging flagging. Most people will probably stick to the built-in Mail and Calendar and Contacts apps, which are excellent.

SharePoint Newsfeed. With this app, you can stay up to date with your SharePoint 2013-based connections, make new posts, upload photos, and more. Are you using Yammer? There's a dedicated Yammer app, too.

Skype. Microsoft's consumer-oriented communications solution will almost certainly be of interest as well.

Windows Intune Company Portal. This mobile app version of the Intune portal lets end users browse apps you've made available via Microsoft's MDM solution and install them on their devices.

So, sure, iPhone and iPad users might tend toward the Instagram and Flappy Birds end of the spectrum, but that doesn't mean iOS isn't perfectly suitable for work as well. In fact, this dual usage capability is arguably one of its biggest strengths.