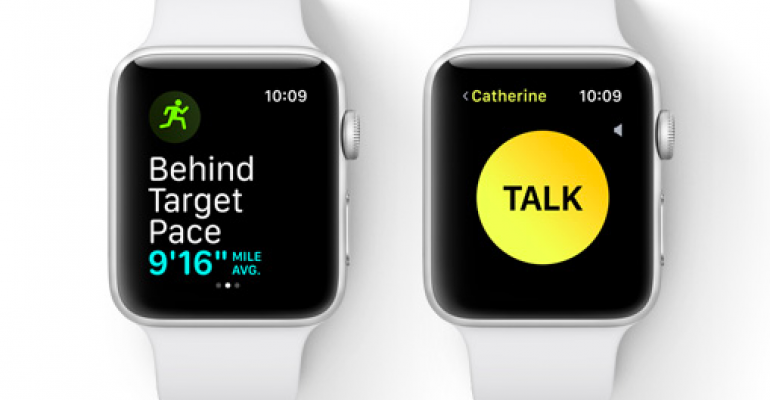 For an Apple developer conference that wasn’t supposed to be earth shattering, there were quite a few highlights in the mobile area at WWDC 2018. In addition to adding a new Screen Time feature that offers insight into how you’re using your phone--and how often--new mobile announcements included the expansion of augmented reality throughout the latest OS, meeting-friendly features in FaceTime, and an expanded use of AI for creating multi-event shortcuts using voice control.

Here are the five biggest mobile announcements from the Apple developer conference:

Apple announced its latest full mobile operating system upgrade, iOS 12, and made it available to beta testers. The fully baked version should be available for download this fall, for iPhones 5s and later. After some well-publicized bugs in iOS 11, Apple appears to have focused on speed and stability in the new iOS. The company says the keyboard display is 50 percent faster, for example, and apps will launch twice as fast under a heavy workload.

Under the new OS, Safari will now automatically generate--and store--strong passwords so you don’t need to remember them. And third-party support for apps has been added to CarPlay, which will appeal to Google Maps and Waze users.

Also announced at the Apple developer conference was support for dozens of users to simultaneously use the new Group FaceTime in iOS 12. The app automatically switches to live streaming video of the person speaking.

“Now, 32 different devices can be brought together, much like a conference or board meeting, simulating a virtual but effective meeting room,” said Abs Girdhar, CEO of no-code app maker Appy Pie. “For small and medium businesses, this feature can bring about a big turnaround where, in addition to maintaining better internal communication, they can devise a personalized communication channel for their customers.”

Jesse Robbins, CEO and founder of Orion Labs, says the newly announced ability to push a button on the screen to use the Apple Watch like a walkie-talkie will appeal to some business users.

“The potential for voice extends even further into the enterprise space, where we’re seeing widespread adoption of push-to-talk across all industries, and among businesses of all sizes,” Robbins says. “Voice is becoming ubiquitous, and, soon, it will be ingrained in every interface that we interact with.”

For better or worse, Siri is set to move front and center in the latest iOS. A new shortcuts feature lets you combine multiple actions using voice commands. The AI will also suggest new shortcuts based on your activity. If Siri recognizes you perform the same action multiple times, it may suggest a shortcut to automate the action--for example, setting a recurring alarm or a reminder to greet a contact on their birthday, or offering a shortcut home when you leave the office and turning on the lights as you arrive.

The new Arkit 2.0 update in iOS 12 will let iPhone and iPad users create and share augmented reality experiences. A new file format called USDZ (Universal Scene Description), designed with help from Pixar, allows AR features for viewing in multiple iOS apps, including email, Messages and Safari. A new Measure app can measure objects by using the phone’s camera and dragging your finger across the screen. Users can also send off a picture that shows the dimensions of a real-world object.

In addition to the five new features mentioned above, this fall familiar iOS apps will appear for the first time on the Mac, when macOS Mojave is released to the public. The upgraded OS will port over the News, Stocks and Voice Memos apps, as well as the connected Home app. This will open the door for newly designed apps on the Mac. According to Apple: “Starting in late 2019, [iOS frameworks adapted to MacOS] will make it easier for developers to bring their iOS apps to macOS--providing new opportunities for developers and creating more apps for Mac users to enjoy.”

Apple Is Set to Unveil Software That Helps Cure IPhone Addiction
May 31, 2018