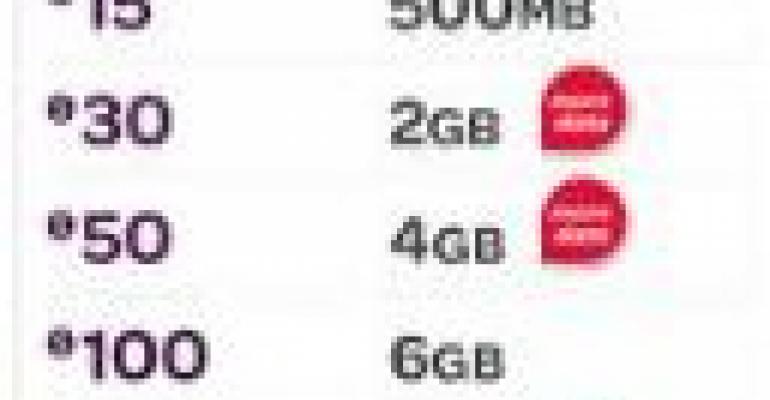 The Truth About Mobile Data Pricing

Mobile operators from AT&T to Verizon to Sprint are feeling the heat as they evolve how they charge for mobile data services -- moving away from unlimited plans to usage tiers and other approaches.

Sprint took the latest hit, catching flak for its new $10 smartphone data fee applied to any device running a smartphone OS on its network.

That's nothing compared to the heat AT&T recently faced when it eliminated unlimited pricing on devices including the iPhone.

And all carriers, but especially AT&T and Verizon, are being watched closely as they roll out 4G data pricing.

Like it or not, there are basically three ways mobile data pricing is likely to shake out, writes our sister publication Connected Planet:

A) Device-based unlimited plans in which price is determined by the average consumption over that category of device. Devices that typically consume more data, such as tablets are smartphones have higher rates than those that don’t.

B) Use-based plans in which customers are charged different rates depending on what types of services they use. Applications that use more data such as video incur higher or additional charges.

C) Metered plans in which customers pay for the megabytes or gigabytes consumed.

The jury is out on which approaches consumers will like best -- and what will benefit mobile app makers and developers most (or at least hurt them the least).

Read the rest of the story now: Mobile Data Pricing, You Can't Have It Every Way