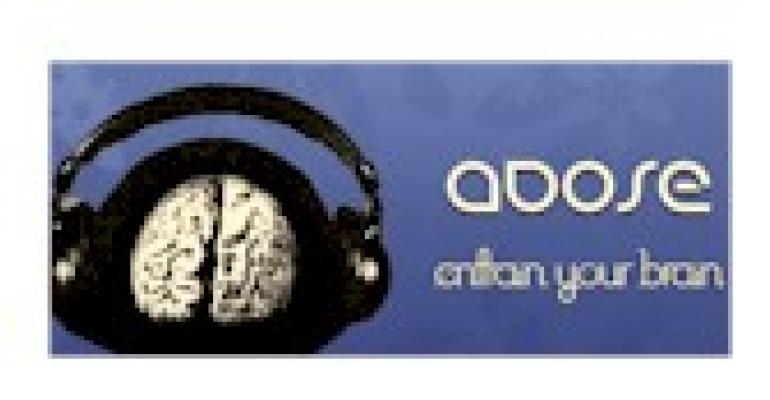 In this early phase of the mobile app onslaught, is it possible that we’ve already seen everything?

It certainly seems so, if you consider a recent release from Boston-based developer New Freedom Applications. The firm’s new aDose app claims it can produce “a variety of drug-like effects in users, including increased energy and focus, relaxation, enhanced creativity and even hallucinations.”

The app, which is available exclusively for Android-based devices for now, claims to use specifically tuned patterns of sound and light to create synchronized brainwave patterns in users—a process the company calls “Audio Visual Entrainment.” According to the developer, this approach has the ability to fix cognitive and behavioral problems and alleviates stress and pain.

Thanks to a Droid-toting traveling companion of mine who was willing to pony up $3.99 in the name of experimentation, I got the chance to try out the app while waiting in an airport lounge in Minneapolis. I should note that I was not, as the app instructs, wearing headphones in a darkened room. (My associate, who when we parted ways was headed for California wine country, promised to follow the instructions and report back on his experience. I’m sure the wine won’t hurt.) The app emits flashing colors, sounds and patterns that are supposed to create a “mood altering experience”—help you focus, be more creative, relax. (“There's even a psychedelic sequence which creates intense, drug-like hallucinations and out of body experiences!” the company trumpets.)

Once I boarded my plane, I did take a brief nap—but I usually blame the jet fumes for that. No out-of-body experiences that I can recall.

The app has had fewer than 50 downloads since its release, but has already garnered a couple positive reviews online:

Sethish: “Awesome!! No idea a phone could do this, so cool”

New Freedom Apps is quick to warn that aDose should not be used by people with photosensitive epilepsy, and that users should wait before operating vehicles after using the app. Consider yourself warned, Chris Rhoden and Sethish.