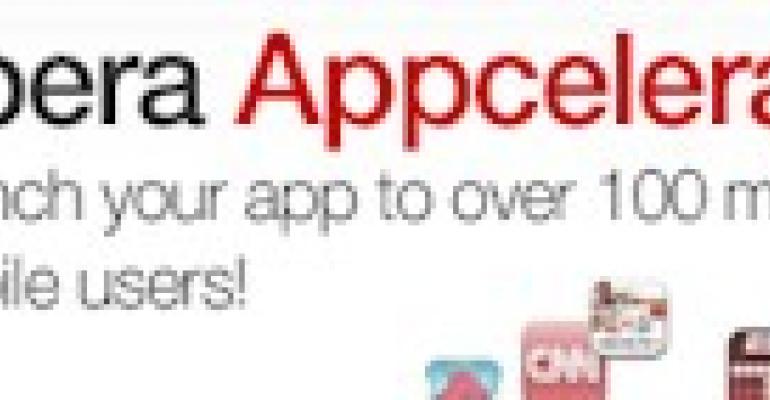 Software and browser developer Opera is working on luring more mobile app developers to its platform and its app marketplace with deals aimed at helping creators of apps geotarget the users they want to hit.

The company says its Opera Appcelerate app marketing program can help developers gain more traction on the platform they want by offering pay-per-download pricing options that allow app developers to push their apps within the Opera Mini and Opera Mobile browsers, concentrating exclusively on the operating systems and geographic locations they want to target. The Opera Mobile Store only bills the developers when their apps are downloaded.

Opera also is offering to match marketing funds for developers to promote their apps. In a blog post, Opera’s EVP of consumer mobile Mahi de Silva called the program the “first of its kind” for promotion of mobile content:

Just one month after the launch of the Opera Mobile Store, we are giving developers unique capabilities to promote their content in channels focused on devices, platforms and geographies.

Opera’s Mobile Store spans more than 200 countries and, according to the company, has more than 100 million users. Opera’s offer certainly seems like it would be advantageous, especially for smaller developers—the types of companies that may not have the marketing muscle yet for the device-branded app marketplaces and are taking advantage of third-party platforms to get a foothold and gain more exposure for the content.