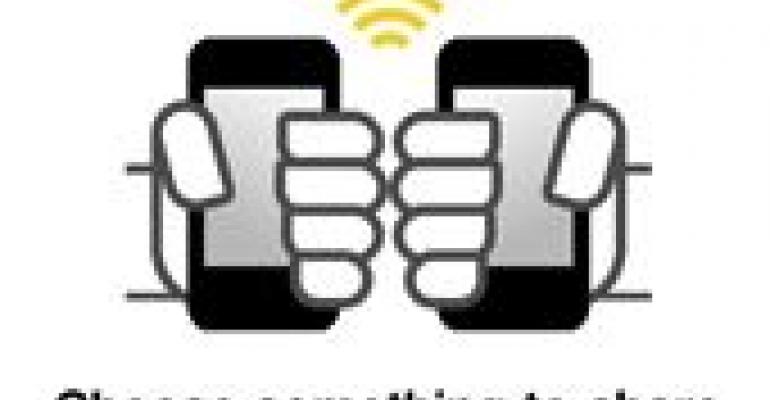 Bump Technologies, developer of a contact-sharing app and network, announced that it had landed $16 million in series B funding led by Andreesen Horowitz, the venture capital fund backed by Netscape’s Marc Andreessen and Ben Horowitz. According to Bump, previous investors Sequoia Capital, Sherpalo, SV Angel and Felicis Ventures also joined the round. Marc Andreessen and Greg McAdoo of Sequoia will join Bump’s board.

Bump currently has an iPhone app and an Android app, and claims 25 million users, and the funding round brings the company’s total backing to $20 million. In an interview with Xconomy, Bump co-founder David Lieb had this to say about VC interest in the company.

“I was at a lunch meeting with Greg McAdoo from Sequoia Capital and Marc, and Greg asked Marc, ‘I’d like to hear what your investment thesis is on Bump.’ And the answer he gave was really interesting. He said that when he looked at the Web and mobile, there are a certain number of social networks that will emerge, and that number is very small—like 10. And he sees Bump as the social network for physical proximity, for the people and things you are physically interacting with. That is the network Bump has created and captured.”

For venture-seeking mobile app developers, that investor insight is perhaps a clue to future positioning strategies. Bump has evolved rapidly from a simple sharing app to a full-blown network on which a broad variety of content is shared—a network that a pioneer of the Internet believes will stand out in an increasingly crowded field. App developers that lack a vision that extends beyond the app—particularly at a point when monetizing apps is proving to be a challenge—could find it difficult to attract the kind of high-level dollars Bump succeeded in landing.

As the mobile app environment explodes, and becomes increasingly competitive, developers should be looking to how to expand their offerings and adapt their strategies to fit into the inevitable next phase of the evolution of mobility and social networking.