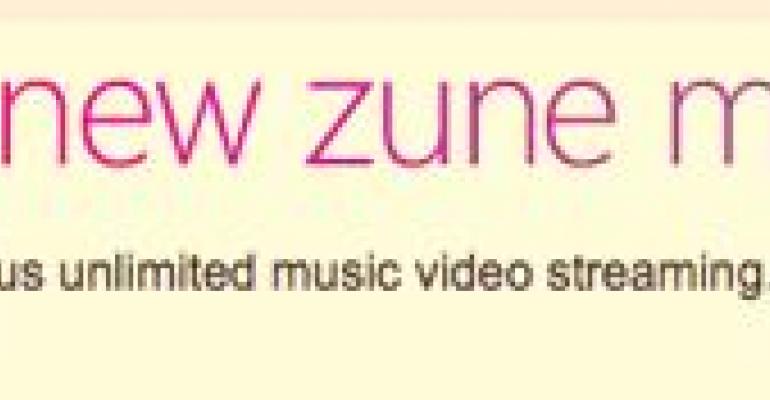 Microsoft, finding itself with some time on its hands, following the successful launch of its "Mango" Windows Phone update, has done a bit of housekeeping and finally cleared the images of Zune HD players from its Zune Web site – a precursor to discontinuing the hardware platform altogether.

It's encouraging users of the Zune Music Pass and video service to instead pair them with, of course, a Windows Phone handset, or else a PC or Xbox 360.

On a Zune support page, Microsoft explained that all existing devices will continue to work, the company's just turning its focus elsewhere.

We recently announced that, going forward, Windows Phone will be the focus of our mobile music and video strategy, and that we will no longer be producing Zune players. So what does this mean for our current Zune users? Absolutely nothing. Your device will continue to work with Zune services just as it does today. And we will continue to honor the warranties of all devices for both current owners and those who buy our very last devices. Customer service has been, and will remain a top priority for us.

The death of the devices — which were zero match for the Apple iPod and hadn't been updated since 2009 — shouldn't come as a surprise to anyone. Even Xbox Live fans have been nudged toward Windows Phones (MDP: Is Xbox Live Microsoft's Sure Way to Grow Mobile App Revenue?).

Still, should you feel like singing a sad song for the iPod fighter, suggests the LA Times, don't. While not a big money maker, it was a useful stepping stone. The Zune, writes Los Angeles' paper of note, "can be given a bit of credit for contributing to the direction of three of the company's most important products — Windows, Windows Phone and Xbox."