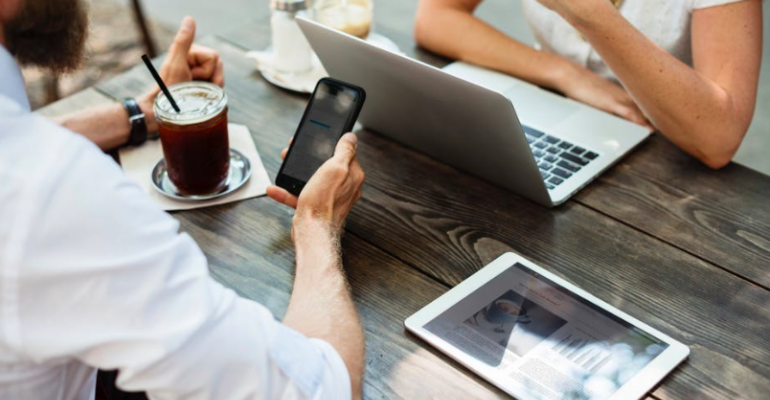 BlackBerry Enterprise Bridge will allow enterprise IT departments to safely provide mobile Microsoft Office to employees who are already using the suite on desktops and laptops.

“Essentially, it separates work from play and allows an organization to create rules around the mobile devices, its data and how the data is handled,” said Ron Schlecht, managing partner at BTB Security. “The BlackBerry Dynamics platform creates a secure container on a user mobile device where Office 365 applications can run without co-mingling with device files or functions.”

The two companies said the move would allow enterprise IT departments to safely provide mobile Microsoft Office to employees who are already using the suite on desktops and laptops, offering file fidelity while complying with company and regulatory policies.

“Using their expertise to enable Microsoft Office 365 to work more securely is a great use of their technology, Schlecht said. “The biggest threat is loss or disclosure of sensitive information, whether it’s intentional or accidental. If a user has access to office apps via Microsoft Office 365, there’s the potential for unintentional disclosures.”

When using Office 365 on mobile devices, some employees use personal Microsoft accounts to access corporate documents and spreadsheets. The new service avoids the need for this workaround, in part, by integrating BlackBerry Secure platform with Microsoft’s Azure cloud platform.

Integrating Office into BlackBerry’s secure ecosystem should help secure data sharing among employees and make it easier to manage the devices, said Andrew Blaich, a senior security researcher at mobile security firm Lookout. The move will provide a means for recovery if there’s a security breach, such as a phishing attack or when an employee accidentally installs malware.

“With mobile threats increasing,” Blaich said,” the ability to restrict where data is going and react quickly when something bad happens is ideal in helping prevent further data loss and protecting an organization against attacks.”

“Since the mobile world is primarily made up of iOS and Android, BlackBerry has transitioned their own devices to use Android,” said Andrew Blaich, a senior security researcher at Lookout. “They’re also expanding their services’ offerings so that it doesn’t matter what device end users use, as long as the service they use is BlackBerry powered in some form or fashion. They offer a similar experience without focusing on the device an end user chooses to use. Since there’s a growing trend in both end users wanting to choose their own device and BYOD corporate programs, it makes sense for BlackBerry to offer their security offerings as a service.”

Network Builders See Light at the End of Tunnel as 5G Approaches
Feb 26, 2018