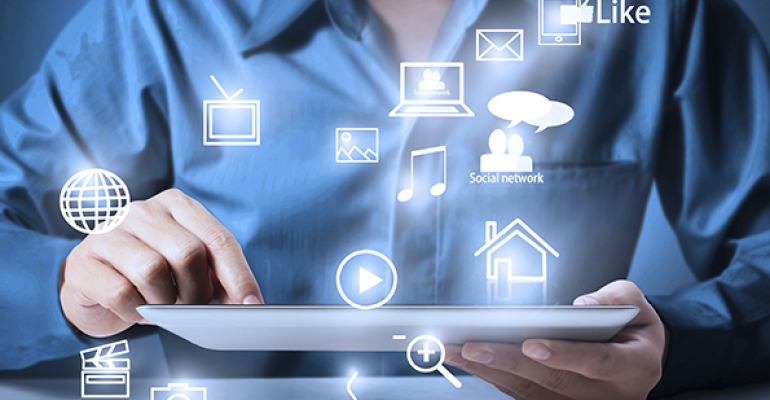 For the first time, Apple will let developers re-work their iPad applications so they can run on Mac computers. This will help revive the Mac app ecosystem and begin a broader convergence of Apple’s different software platforms.

(Bloomberg) -- Apple Inc. upgraded the operating systems that power its devices, previewed a new Mac Pro desktop computer and showed off new health and augmented-reality features at its annual developer conference on Monday.

The most important change for developers was Apple’s vision for the future of its software: Project Catalyst. For the first time, Apple will let developers re-work their iPad applications so they can run on Mac computers. This will help revive the Mac app ecosystem and begin a broader convergence of Apple’s different software platforms.

New tools will mean apps are written once and will run on all of Apple’s major devices. Currently, developers that want to be on Mac computers, iPhones and iPads need to write two separate apps. The new capability will free up developers’ time to focus more on features, rather than device compatibility.

Project Catalyst applies to Apple, too. The company has started shifting some of its software code to apps that can run on any Apple device. Last year, it added News, Voice Memos, Home, and Stocks apps to the Mac that were originally written as iPad apps. At the WWDC conference in San Jose, California, on Monday, the company showed Project Catalyst examples from developers such as Twitter Inc. and Atlassian Corp.

While the conference isn’t the most-watched Apple event of the year, it is crucial to the company’s success. Apple devices are often unique and more capable than those of rivals because the software works so well with the hardware.

Beyond the new app strategy, Apple added several new features to its key operating systems. iOS 13, which powers the iPhone, iPad, and iPod touch, added a new Dark Mode. That’s appealing to professional users, but also gives Apple devices a new look that could be easier on the eyes in low-light environments. The devices also get a new "Find My" device and friend tracking app, along with updates to Mail, Reminders, and Maps.

The iPhone added a redesigned Health app with a focus on hearing and women’s health. The iPad got unique features like widgets on the Home screen, more advanced text editing via gestures, and the ability to be used as an external monitor for Macs. The iPad version of the software is now called iPadOS.

Apple unveiled new watch faces, health apps and an App Store for the Apple Watch to make it more independent from the iPhone.

The new macOS Catalina operating system, beyond supporting iOS applications, gained new Apple apps for listening to podcasts and the new Find My app. iTunes has also been broken up into the Podcasts, TV, and Apple Music apps.

Apple also showed off a new Mac Pro desktop computer, a machine that developers and other pro-users have been clamoring for since Apple launched a much-criticized Mac Pro in 2013.