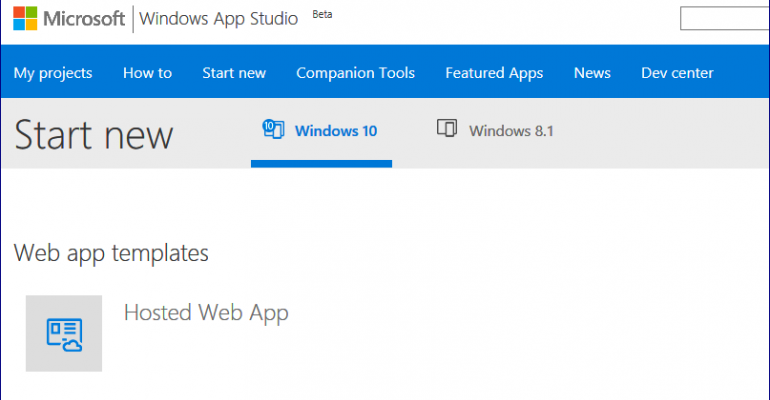 Windows App Studio Service is Shutting Down on December 1st, 2017

When Microsoft unveiled the Windows Store prior to the release of Windows 8 they put themselves on a path that continues today in Windows 10.

That store has been through a couple of different evolutions and now it is a cross platform store with the ability to download apps and games to Windows 10 devices like your PC, tablet, phone, HoloLens, and even the Xbox One console.

However, the Windows Store took a few years to mature and continues to grow but in those early days Microsoft was looking to build up the number of apps that were available to Windows users and so the Windows App Studio was one of those channels to get new apps into the Windows Store.

Windows App Studio continues to carry a beta tag and never reached full regular release status but over the years it has been available the service has provided many users with an easier path to publishing a dynamic informational app without diving deep into code through Visual Studio. It appears the service stopped getting significant updates almost a year ago.

This service even allowed my own in-experienced developer self to build a few apps that were functional and mainly built for my own use and experimentation.  The nice thing about the Windows App Studio is that you could take teh source code into Visual Studio to get even more detailed in your apps capabilities.

Well, now that Windows App Studio is going to sunset later this year, that is exactly what users need to do in order to retain their apps work.

Here is the timeline that Microsoft has laid out leading up to the services closure on 01 December 2017:

-- Windows App Studio will be shut down

If you want one last shot at trying out the Windows App Studio for beginning an app then you need to register before 15 July when they plan to no longer allow new users to sign up for the service.