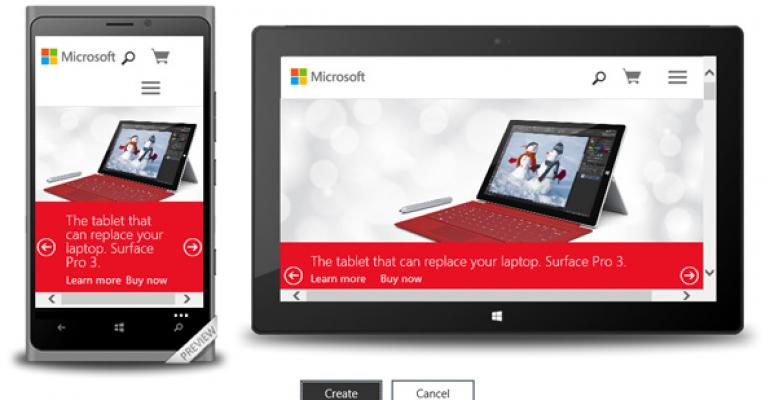 Now it's only for universal apps too

Microsoft has updated its web-based Windows App Studio developer tool with support for TouchDevelop, a powerful, touch-friendly programming language that includes a physics engine. This means it will now be a lot easier to create games with App Studio that utilize the sensors found on modern mobile devices.

Microsoft describes this release as the "most impactful update" to App Studio since the firm introduced universal app creation capabilities for both Windows 8.x and Windows Phone in April.

"With TouchDevelop you can write code directly on any device and use sensors and media via high-level APIs," Microsoft's Emilio Salvador Prieto writes in a post to the Building Apps for Windows blog. "With this integration, developers will gain access to the hundreds of thousands of TouchDevelop apps and games, improving the quality and complexity of apps created with Windows App Studio."

There are also some other updates in the latest release of App Studio. Here's what's new:

Universal apps only. With this release, App Studio only supports creating, editing and updating universal Windows apps targeting devices running Windows 8.1 (including Phone). If you have Windows Phone 8.0 projects—App Studio was originally released for Windows Phone 8.0—you can still access those projects in App Studio, but you will need to use Visual Studio 2013 to make any changes going forward.

Generated code improvements. Microsoft has again updated the code generation/build/sign workflow, this time "to give you enhanced feedback about the background process that run your code generation and compilation tasks."

Check out Windows App Studio if you haven't already, and join the ranks of over 2 million registered users. It's been interesting watching this tool evolve from a basic app creation tool for non-developers into a more full-featured product.