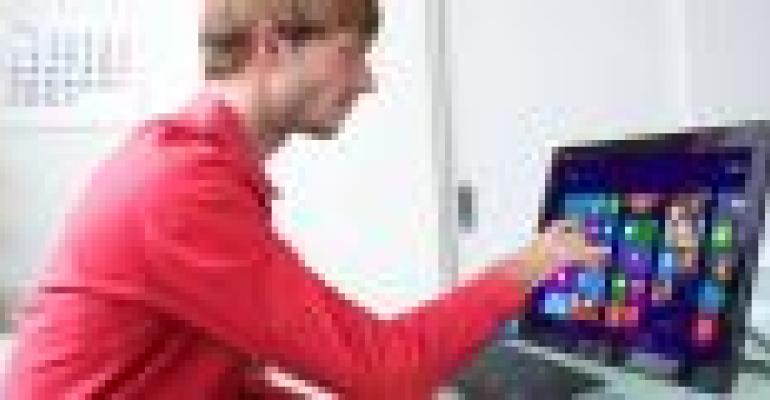 Although I have several problems with how Microsoft has obtusely tried to force its modern UI style onto non-touch desktops, Windows 8 still offers benefits that I haven't been able to ignore as an option for my workstation, which makes me somewhat of a walking contradiction. On one hand, I'm drawn like a moth to a flame when it comes to new technologies and systems such as Windows 8. On the other hand, I'm risk-adverse when it comes to upgrades because I've spent a lot of time fine-tuning my system. Over the past month I've been gradually testing software, settings, options, and workflows in a Windows 8 virtual machine (VM) so I don't run into any huge surprises if I decide to make the transition to Windows 8. As such, I'm providing you with a Windows 8 guide for luddites, which includes tips on how I was able to find Windows 8 workarounds for some apps, features, and workflows that I've grown to love in previous versions of Windows.

Why Upgrade to Windows 8?

Of course, the big question is why should you upgrade to Windows 8 in the first place? A big reason to upgrade is because of performance improvements. Because the switch from Windows 7 to Windows 8 isn't that big of a change, your system will pick up gobs of performance tweaks, advancements, and other benefits from its predecessor. One highly-touted benefit is that Windows 8 features vastly superior boot time, which is easily 50 percent faster than that of Windows 7. This boot time is great for laptops and tablets, in addition to impatient people like me who are running desktops. Likewise, as drivers continue to mature it's clear that Windows 8 is consistently faster than Windows 7 in nearly all performance categories. There are some definite cases such as image manipulation and video transcoding in which Windows 8 drastically outperforms Windows 7.

There are also a host of other benefits -- too many to go into detail here -- including improved support for multiple monitors (although I'll still use Display Fusion Pro for some of its productivity enhancement features), improved USB 3.0 support, native support for ISO files, an improved task manager, spiffy file-copy operations graphs, and a host of other goodies, improvements, and enhancements. Interestingly enough, Windows 8 offers a bevy of new keyboard shortcuts that provide several new productivity enhancements. In fact, the keyboard shortcuts helped me understand that Windows 8 is heavily geared toward productivity in its own way thanks to increased support for keyboard interactions and hot-key combinations, even though it seems geared toward touch-screen interactions.

Related: Microsoft Windows 8 Isn't as Bad as the Fear Surrounding It

Mourning the Loss of the Start Button

Without a doubt, one of the biggest things I dislike about Windows 8 is the loss of the Start button. In honesty, this isn't the actual problem as it doesn't take much effort to train myself to mouse into the bottom left corner of my screen to pull up the Windows 8 Start menu. Likewise, I found it pretty easy to train myself to use the Charms bar to pull up the Start menu. Consequently, it's not really the Start button that I miss so much in Windows 8. Instead, I dislike that the new Windows 8 Start menu is too optimized for touch screens as it seems to be only optimized for endless scrolling. The Start menu's optimization is easy and intuitive for single-screen touch devices, but it's lame on a desktop even when I resize and reorder menu items. Ironically, even though I make extensive use of SlickRun, which runs perfectly on Windows 8, I didn't experience many problems with the Windows 8 Start menu. However, for the cases in which I did run into a problem the Start menu seemed needlessly painful and convoluted to keep suffering through.

Thankfully, there are a couple of solutions for this -- including some free and paid solutions -- such as Start8. Each of these solutions lets you add the Start button back onto Windows 8. More importantly, these solutions return the familiar Start menu that old fuddy-duddies like me have used in previous versions. These solutions are something that I've found has been insanely instrumental in letting me start using and enjoying Windows 8.

One of the biggest turnoffs for me about Windows 8 (before I started playing around with the OS) was how Microsoft decided that they were going to completely discontinue support for Gadgets. Above and beyond how the decision was an insanely lame decision on Microsoft's part, there was also the problem that I used a couple of Gadgets to track time. With Windows 7, I've been able to keep two or more stopwatch gadgets on my desktop so that I could painlessly track time for multiple clients. As such, discontinued support for gadgets was a big roadblock for me. Thankfully, I was able to find a great workaround known as 8GadgetPack that basically enables full support for gadgets in Windows 8. Not only does it come with several gadgets that are included as part of the installer, but also the solution is actively developed and takes donations via PayPal so I'm hoping it'll be around for a while.

At this point, I like Windows 8 now that I'm able to run coveted gadgets and have found a replacement for Windows 8's sprawl-fest of a Start menu. The overall desktop experience feels more refined, polished, and responsive and has several improvements over Windows 7. The OS has just enough of a visual difference and change to help prevent me from getting too comfortable with Windows 7 so I'm thinking that I will be upgrading in a few weeks.