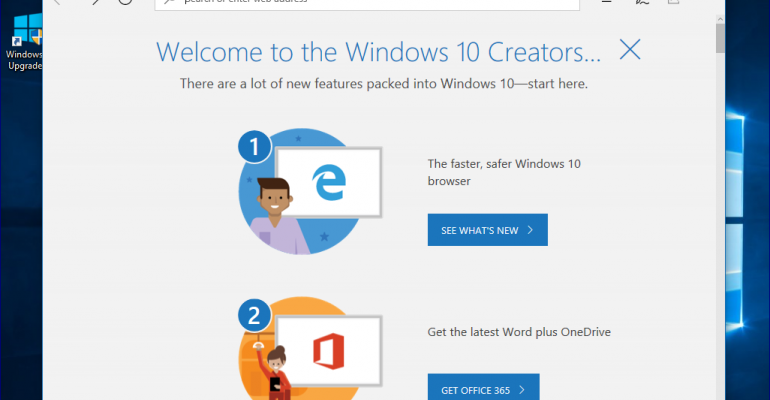 We have been talking about the progression of all the developer tools for the Windows 10 Creators Update for nearly eight months and now the time has come for those tools to go final.

Yesterday, Microsoft made the Creators Update for Windows 10 available for early access and it can be installed using the companies Media Creation Tool (MCT) or the Windows 10 Update Assistant.

To go along with the release of the OS update, Microsoft's Developer Team is also announcing the availability of the final version of the Windows 10 Creators Update SDK.

You can review a full list of everything that is new in the Creators Update for developers plus there are additional articles that will show you how to get the latest version of Visual Studio and the SDK and see some of the improvements for UWP developers in Visual Studio 2017.

Hopefully, as developers you have already been using the pre-release versions of the Creators Update SDK's to prepare your app for this third major feature update. Users will be upgrading in earnest beginning next week on the April 2017 Patch Tuesday when the update is officially released via Windows Update.

Of course, in addition, Microsoft's annual developer conference Build 2017 is just a little more than a month away and you can expect a lot of content will be coming out around the Creators Update.