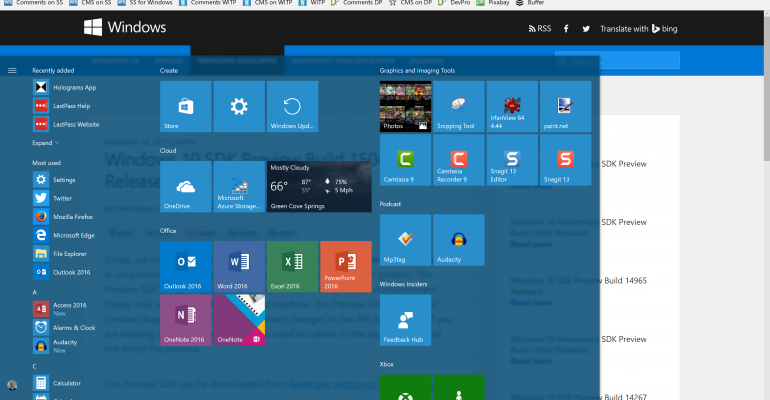 Back in February Microsoft announced at their Windows Developer Day event that the Windows 10 Creators Update was feature complete.

That meant no new features would be added to the upcoming major update, the third one for Windows 10, and all of the APIs and other tools needed by developers for their apps would be focused on bug fixes and performance improvements.

That process continues this week with the release of the Windows 10 Creators Update Build 15042 SDK.

This release is still considered a preview and must be used with builds 15042 or higher. The SDK typically goes final after the major update to Windows 10 goes final and that is expected next month.

Here is a list of what is new and the known issues in this build release according to Microsoft: