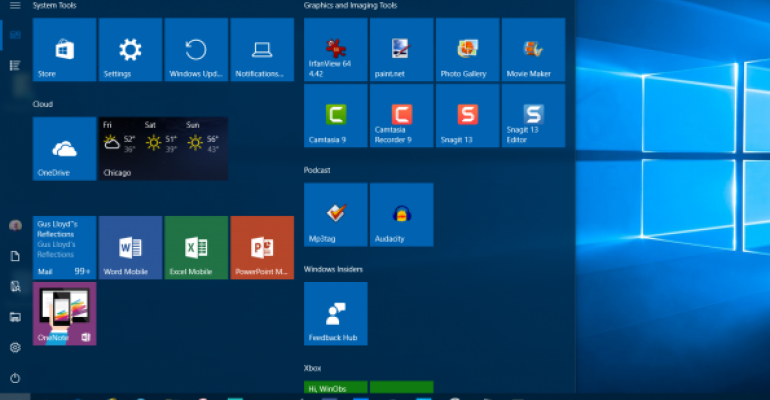 Why Microsoft Opening Up Visual Studio to the Mac Matters

Give Microsoft credit for announcing what they're going to do, then doing it -- or at least planning on doing it, if the website hijinks of Monday, November 14, are any indication. Today, briefly, a page went live announcing that Visual Studio would be made available for the Mac platform. This is a big deal because it's one more sign that Microsoft is pushing its constellation of products and services away from a Windows-centric world.

Platform agnosticism -- the notion that it should not matter which OS your software runs on, it just matters that you can work on whatever device or machine you need to -- is everywhere, especially in the development community. When Microsoft bought Xamarin Studio, they were buying into that idea. In practical terms, if Microsoft's got a built-in audience of people who were used to Xamarin, then that helps Microsoft expand its mobile apps space; the developers can more easily write something that works in macOS/iOS and Windows.

But the long-term play here is not "We'll fool people into developing for Windows." The long-term play is the same one that's been articulated in earnings calls and even keynotes: Microsoft is moving away from the desktop operating system as the driver of its revenue and the font of its ingenuity. It's going all-in on a business model where user adoption is predicated on cloud and mobile use, not desktop share.

And on Wednesday -- when we're likely to see that yanked page back up -- we'll see if Microsoft sticks to the message they've been sending: Platforms are merely a detail in a mobile-first, cloud-first world.