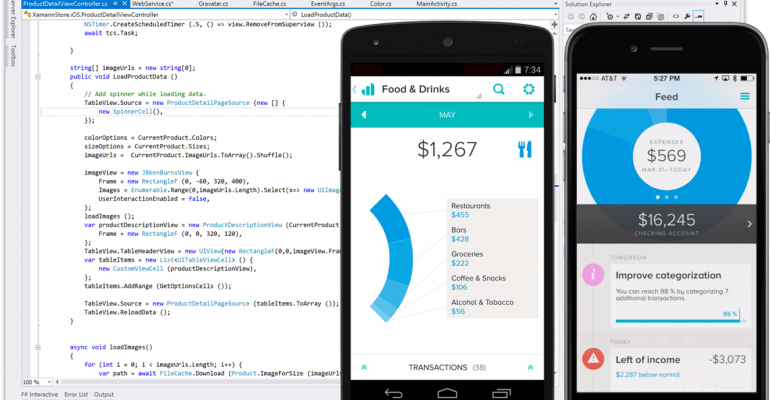 What does Microsoft’s Xamarin Acquisition Mean for Developers and Apps?

Last week Microsoft and Xamarin announced an agreement between the two companies that will see Microsoft acquire the mobile app development platform. Although the companies did not reveal the purchase price it was reported via Twitter by Dina Bass, a tech reporter for Bloomberg News, that the agreed upon price was in the vicinity of $400 million dollars.

That is about $100 million dollars for each year the company has been around.

Microsoft and Xamarin are not strangers because they have already been working together for some time including collaboration to integrate Xamarin’s tools into Visual Studio, Microsoft, Office 365 and the Enterprise Mobility Suite.

According to Microsoft’s announcement post this integration will get even closer in order to provide developers on all platforms one mobile app development solution for their apps.

Since the combination of Xamarin and Visual Studio allows a developer to build native apps that can re-use the core code of the app on Android, iOS and Windows it means less time and work to get those apps on all platforms.

This can be a great boost to the Windows Store and introduces the possibility that some of these big companies choose to use these tools for developing their mobile apps and then distributing it to all three mobile platforms and reduce the length of the development window.

Now Xamarin is not a bridge like Project Islandwood, Microsoft’s tool to help port iOS apps to Windows, so these new tools cannot be used to convert an existing app to Windows but it can become the base for some development shops to build on from scratch and end up with native apps for each platform.

The biggest hindrance over the last few years when it comes to using Xamarin is the cost. One developer told me on Twitter that an annual license to Xamarin cost them $2,000. That kind of cost will keep independent developers away from those tools for sure.

Shortly after the news of this acquisition hit social media the biggest discussion point was related to how much the tools would cost once Microsoft completes the purchase.

Microsoft will be talking more about the Xamarin acquisition at their annual BUILD conference which begins at the end of this month in San Francisco. According to Scott Guthrie, it will be a big part of his keynote and wil likely be the subject of many side sessions.

I will be in San Francisco covering BUILD 2016 so keep an eye out here for more information as we find out what the future holds for you, Microsoft and Xamarin.

But, wait...there's probably more so be sure to follow me on Twitter and Google+.
0 comments
Hide comments
Recommended Reading