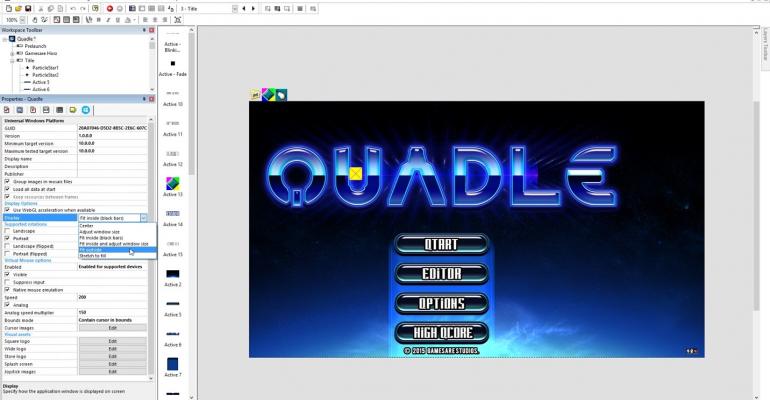 There is another tool available to Windows developers that can help them build new apps or bring existing apps that were built using Clickteam Fusion to the Universal Windows Platform (UWP).

Using a drag and drop interface Clickteam Fusion 2.5 can be used to build 2D games without any programming knowledge and the learning curve to use the software is about one hour long.

Once the game is built in Clickteam Fusion it can then be exported as a UWP app using the UWP Exporter. Clickteam offers the UWP Exporter as a module for Visual Studio and once in VS it can be tested and deployed across Windows 10 devices like PCs, tablets, phones and Xbox One.

"Using the same source file or Multimedia Fusion Application (MFA) – a file format used by Fusion – and minimal event or programming changes, developers can also take existing projects and publish them to Windows Store with ease. That’s why games like Quadle, Concrete Jungle, Disastr Blastr and Room 13 are being actively developed for Xbox One and Windows 10 using the UWP Exporter."

To get started just download the free version of Clickteam Fusion 2.5 or jump straight to the full or developer version of the software. These last two are required to use the UWP Exporter.

At this point it is up to your imagination as a developer to build that game and get it up and running on Windows 10.