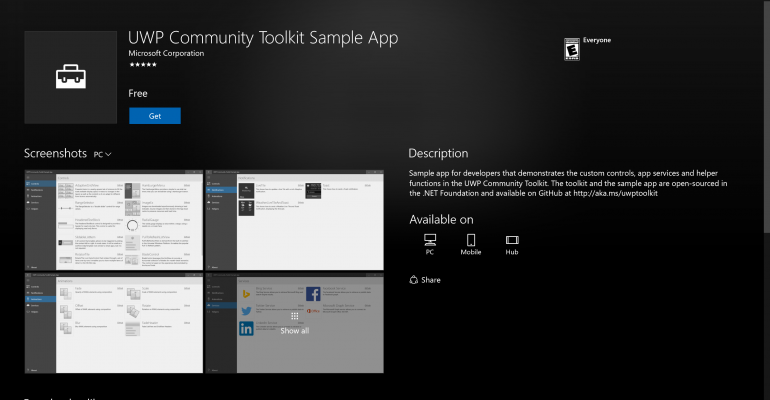 The Universal Windows Platform (UWP) Community Toolkit is an open source tool that can be used to simplify the development of apps for Windows 10 based devices or to help you bridge an app over to Windows 10 UWP from the desktop version of the software.

The toolkit even has a UWP Community Toolkit Sample App that can be downloaded from the Windows Store so you can preview the capabilities in the toolkit ahead of installing it and the Windows SDK.

The initial version of the UWP Community Toolkit was released back in August and this latest update adds several new helpers and updates others.

Here is the rundown from Microsoft for version 1.2.

Along with the addition of a new MasterDetailView control, the following items were updated in this new release:

If you want to see what is in the works for the next update to the UWP Community Toolkit you can check out this GitHub milestone tracker.