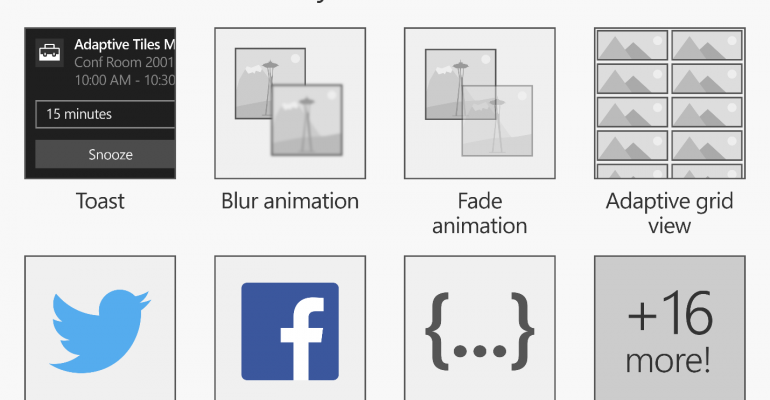 Microsoft's Windows developer community has come together to create a new resource that will help other developers with their UWP apps and give them a forum to collaborate with each other. This toolkit supplements the Software Developer Kit (SDK) from Microsoft and has been created by developers for developers.

The Universal Windows Platform (UWP) Community Toolkit came about to help developers build their apps with these three goals in mind:

This is the initial release of the UWP Community Toolkit, version 1.0, and it can be used with existing apps written in C# or VB.NET.

"Our goal is to support the latest and previous stable release of the SDK and at this time, the toolkit is compatible with apps developed with Windows 10 SDK Build 10586 or above. The toolkit can be used to build UWP apps for any Windows 10 device, including PC, Mobile, XBOX, IoT and HoloLens. You can also use the toolkit with an existing desktop app converted to UWP using the Desktop Bridge."

The UWP Community Toolkit is hosted on GitHub which is where you can provide feedback and contribute to the project.

In addition, the team has released the UWP Community Toolkit Sample App to the Windows Store and it shows you how the various helper functions, custom controls and app services from the toolkit work.

You can check out the roadmap for this toolkit and see where this open source project is headed with its next release.