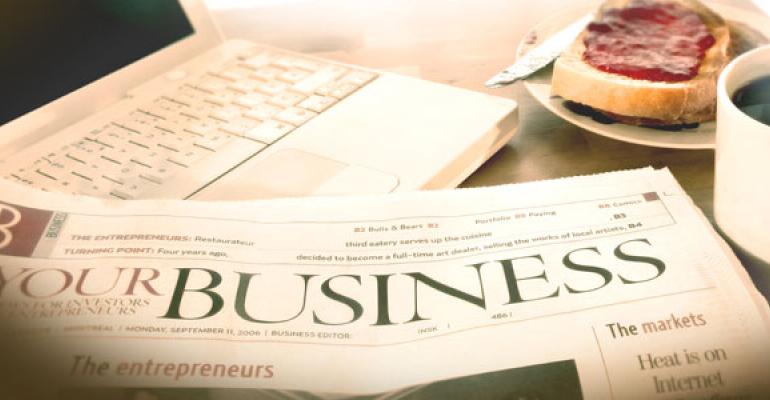 On the Trail of the Elusive .NET Startup

Occasionally, I'm asked why there aren't more .NET startups. Personally, I think it's a great question because I know of a few .NET startups that are doing well and ask the same question. I also think it's a great question because .NET provides some great benefits for startups. For more information on .NET development, see "Mobile Development Options for .NET Developers."

The other day I found myself at Target where I was shopping for a few things with my wife. While wandering through the store I noticed two whole rows of paper books. For a fraction of a second my own biases had free reign in my mind as I wondered, "Who in the hell buys paper books anymore?" In my mind, I've already made the transition away from paper books and most of my friends have, too. Not only has my opinion about paper books changed, but I also realized that I live in an echo chamber in which paper books are just outdated and heavy.

To that end, I think that the question about why there aren't more .NET startups is a bigger indicator of potential echo chambers of the people who are asking this question. In other words, if you're a Ruby developer and you're busy working on a startup, then it's more than likely that you will bump into other Ruby developers who are also working on startups. Consequently, it's not unlikely that someone in this position will notice that the surrounding 'cool kids' are all loving Ruby, using it, and building startups around it, which makes them also wonder, "Is everyone building a startup using Ruby?"

No, Really, Where Are the .NET Startups?

It's lame of me to assume that everyone asking this question is living in their own echo chamber. This is especially true since I live in a .NET echo chamber where I ask myself the same question. To that end, I think that an immediate and obvious answer to the problem might be the 'Microsoft tax,' which refers to the fact that Microsoft Server and Tooling licenses aren't free.

Personally, I don't think that's a big deal as many people believe because hosting options for web startups have been a commodity offering for awhile now. Also, it's not like Microsoft is unaware of this potential problem, hence the BizSpark program. I tend to think that a bigger contributor to this problem is the fact that WebForms is like a square peg for a round hole. As such, I guess I'm still hoping that ASP.NET MVC will remedy this problem in the future.

I also tend to think that there might be a cultural aspect involved. For example, many .NET startups might not be as glitzy or flashy as other startups. Or several .NET startups might be more frequently bootstrapped rather than being venture capital funded. In turn, this might potentially mean less glam, glitz, promotion, and flash. Or that might just be the voices in my own echo chamber that are wooing me with soothing explanations for why there seemingly aren't that many high-profile .NET startups.

The biggest reason why I wonder why there aren't more visible .NET startups is simply a question of efficiency. A few years ago I helped rewrite a classic ASP.NET site into a new ASP.NET MVC site to refresh the UI and bring the site up to speed in terms of being able to handle user activity. The site itself was a startup that's part of a movement to overtake and change the world through reading. It also had mountains and gobs of user data that were making regular queries and searches sluggish. But with my SQL Server tuning chops, PLINQO, a heavy dose of ASP.NET caching, and the simplicity of the ASP.NET MVC framework, I was able to make the site scream in terms of performance.

However, there are lots of ASP.NET sites that are insanely fast and do well in terms of hardware utilization. In fact, two sites that were startups at one point in time quickly come to mind in that regard. The first site is Plenty of Fish that has almost a legendary status in terms of hardware efficiency. Second, the StackExchange empire is another great example. StackExchange is also written with a healthy dose of caching and is the poster child not only for snappy and responsive interfaces but also for obscene hardware efficiency.

Stated differently, one of the biggest things that Microsoft has going for it is that compiled code is simply fast and efficient to the point where a few licensed servers can commonly tend to run circles around entire farms of open source servers. Strangely enough, Microsoft doesn't seem to do a decent job of tooting its own horn in this regard.

All my thoughts aside, there are plenty of .NET startups. Anecdotally, I've actually been conspiring on a startup with a business partner for about a year now. The startup will soon be released to the world in the form of a friends and family beta, where we then hope to expand it to larger audiences. More concretely, two .NET startups that immediately come to my mind are PlumReward and RetailRelay. In addition to the startups mentioned above, there's also a veritable host of other startups.

The reality is that for every glitzy, glamorous, and celebrated startup that's out there, I'm also convinced that there are several new, successful, and less-celebrated sites, services, products, and offerings that are built upon the .NET stack. Many of these sites began as a startup. Many of these sites have simply flourished into successful businesses that manage to make it past the startup phase to become viable businesses. I'm certain of this fact, simply because I make my living by providing an absurdly small fraction of these businesses with SQL Server consulting services.

In conclusion, I think the question of .NET startups is a good one where I would like better answers. But it also doesn't bother me that much because the stack itself has seen its fair share of success where there are new and exciting startups that are spinning up on the .NET Framework seemingly every day.