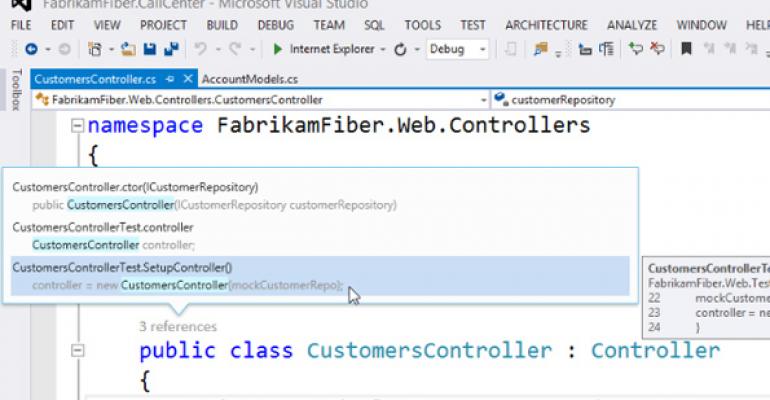 During Monday's keynote at TechEd North America 2013 in New Orleans, Microsoft announced that it will launch Visual Studio 2013 later this year. Developers will be able to get a first look at Visual Studio 2013 when a preview build is made publicly available later this month at Build 2013 in San Francisco.

Be sure to check out "Top 5 Visual Studio 2013 Features for Agile Development & DevOps Collaboration" for more detailed information about the features that were announced on Monday. In addition, "Visual Studio 2013 Emphasizes Agile Development & DevOps Collaboration" includes more information about Microsoft's direction for its upcoming release.

Want to stay up-to-date on the latest Visual Studio news? Be sure to check us out on our social media channels and give us a follow on Twitter at @devproconnect, Facebook, and Google+! Is there something that you'd like me to dive deeper into? Let me know your thoughts by reaching out to me on Twitter at @blair_greenwood!