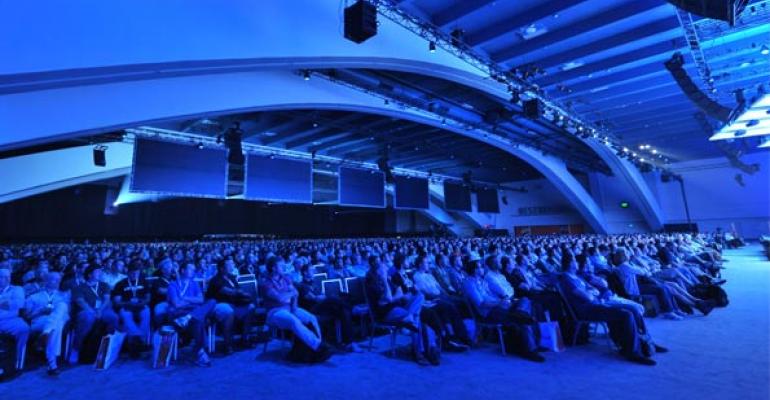 Thoughts on Microsoft Build 2013 and the Worldwide Partner Conference

In addition, Microsoft's Worldwide Partner Conference (WPC) was also held in Houston in early July, which is much more business and partner focused.

Both conferences were held with great anticipation from people such as me. So what did we learn? Unlike in previous years where Microsoft used these conferences as platforms for hugely exciting product announcements, there wasn't anything earth shattering in terms of news. But there most certainly were several different and interesting items to speculate about.

I have tremendous respect for Steve Guggenheimer, Vice President of Microsoft's Developer and Platform Evangelism group. He's been at Microsoft a long time and is a genuinely great guy. So when Gugs explained in a keynote that "Xbox One has two engines, it's got a gaming engine, and it essentially has a Windows 8 engine," I was pretty surprised.

I had heard a rumor that the new Xbox was essentially a PC, but I didn't realize that Microsoft would come clean so early in the process. This is pretty exciting stuff and what they've done is quite brilliant. What Microsoft is really saying is that if you're building Windows 8 apps now, then you're building Xbox One apps. And if you want to build apps for the Xbox One that aren't games, then you're going to be using the same API as a WinRT application that runs on Windows 8.

Microsoft has built a pretty compelling and powerful ecosystem in terms of the tools, plumbing, and platform for modern Windows 8 apps. If they could just figure out all of the problems with deployment and licensing of Windows 8 applications, then they'd kill it. Let's leave these thoughts alone for next month's column.

In one of the keynotes at Build there was an awkward, kind of barely understandable apology to developers for messing things up in terms of transparency in the roadmap of the developer platform. I really thought that Microsoft would ignore this and let the Silverlight complications die away. Although the message wasn't totally clear, the thoughts behind it were candid and honest. I like it anyway. Everyone screws up, and it's the true leaders that admit their mistakes and fix them.

At WPC there just wasn't a lot of news. It's more like a schmoozing event. Ex-Walmart executive and Microsoft COO Kevin Turner did his usual competitor slamming in his keynote. It can be amusing each year because of the pride that's shown at Microsoft organizational shows. But "KT" is learning the hard way that sometimes competitors can become partners. So when Microsoft announced its recent partnership with Oracle, it was a little awkward for KT because Oracle has historically been KT's favorite competitor to make fun of in his keynotes.

The most interesting thing for developers that came out of the WPC was Microsoft's announcement to launch a new User Experience Design Competency program next January for partners. In my opinion this should have paralleled the switch to the XAML stack back in 2007, but it's better to be late than never as they say.

"Microsoft will be providing training and certifications for the new competency, and partners that get it will be able to recruit top-notch developers," Tami Reller, CFO and CMO of Windows, said in her keynote.

"User experience and design is going to be an important differentiator for Microsoft," Reller said. Although her statement was probably poorly said because of nerves, it's slightly bothersome to hear because developers and designers have been working together for over seven years on the Windows stack with XAML-based developer technologies such as WPF, Silverlight, and now WinRT to build compelling user experiences. It might have seemed much better for Ms. Reller to say, "We're finally going to acknowledge the partners that have invested so heavily in user experience design with their own competency so they too can differentiate their brilliant work."

Now, how Microsoft is going to test for the User Experience Design Competency program is going to be really interesting. I just can't see sending black turtle-necked, beret wearing, cigarette smoking brilliant artists formally trained in experience design to take a Microsoft test. Artists aren't judged on how they do things; they are judged on what they do. Only time will tell. I see some controversy coming. I can tell you that we won't be able to send our designers to take Microsoft's written tests. Designers are valuable team members of the software process, and I can't stomach answering to, "I'd rather work at McDonalds than do that."