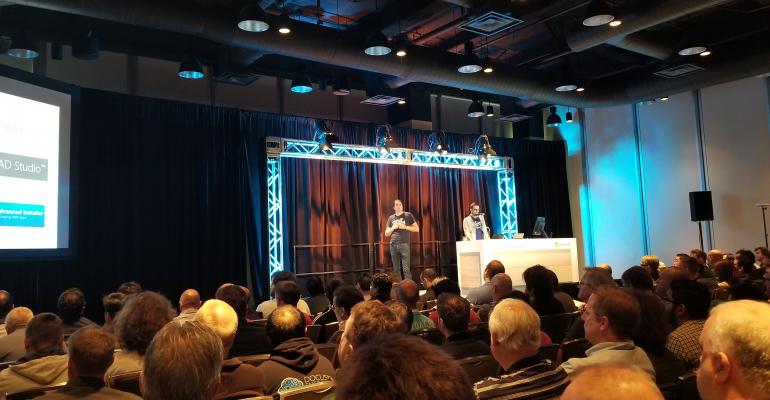 There are more than 1,000 Apps in the Windows Store that were converted using the Desktop Bridge

Today at Build in Seattle members of the Desktop Bridge team, what used to be known as Project Centennial, were quite frank about the companies approach to making a shift to the Windows Store and leaving Windows desktop software developers behind.

In the pre-Windows 8 days, when all the focus was on the new interface of the OS and modern apps, the company did not provide developers of desktop programs an easy path to get their software into the new Windows Store. In fact, the software would require an entire rewrite to even pass certification.

About eight months ago the company released their Desktop Bridge as a means for the developers of more than 16 million Windows desktop programs to convert their work quickly into a package that can be submitted to the Windows Store.

According to information in today's presentation at Build 2017, only about 1,000 of these software programs have made their way into the Windows Store over the last eight months. While they are happy with that progress and shared that about two-thirds of converted programs require no additional work to work in the Windows Store, I wondered why aren't more Windows desktop software developers taking the opportunity to get their apps in front of users on more than 500 million monthly active devices for Windows 10.

During the session there were demos of converting a game using the Desktop Bridge with the game up and running on Windows 10 in less than 30 seconds. No re-write was required to make that happen.

Microsoft wants developers to modernize their apps so they can not only take advantage of the Desktop Bridge, which will require code re-writes for incompatible processes and API access, but they will also have a better experience using the Desktop Bridge.

Once a developer uses the Desktop Bridge their app now has an identity within the operating system and that means it can access and use many OS based APIs such as Push Notifications, Live Tiles, and other Windows 10 features. If the dev wants to simply convert their app to UWP to get it in the Store and then just maintain that would also be an option or they can take it further and begin to integrate these OS specific features.

Last week Microsoft announced that their Office 365 software suite including Word, Excel, PowerPoint, and Outlook will soon be in the Windows Store and these programs have been converted to UWP using the Desktop Bridge.

Maybe another area of concern is placing any program into the Windows Store that is either sold or as in app purchases and having to share a percentage of those transactions with Microsoft for providing the backend services in those processes.

That is a valid concern but I have to ask why aren't developers of free versions of desktop software willing to bring their software to the Store? From what I got out of this presentation, the Desktop Bridge takes care of most of the heavy lifting for the developer and if any code re-write is necessary that only impacts one third of programs.

The writing is on the wall with the announcement of Windows 10 S last week in New York City, which I believe will ultimately replace Windows 10 Home in the next couple of years, that most everyday users will only have access to apps in the Windows Store.

One of the myth's the presenters did dispel is that apps you convert over to the Windows Store with the Desktop Bridge can still be updated and released as desktop software and updating your Store AppX package is a straight forward process.

So if you are a desktop software developer for Windows, what is holding you up from putting your software into the Windows Store?