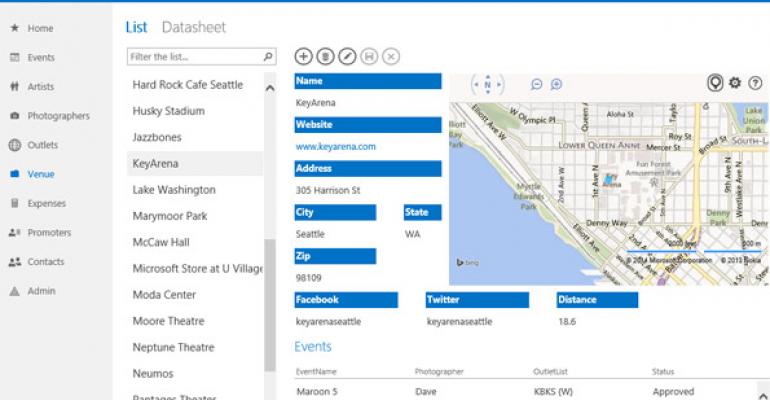 At Microsoft's SharePoint Conference 2014 in Las Vegas this week, the company announced a slew of new development tools and updates that make it easier to build apps for Office 365. Most notably, Microsoft is providing a complete set of Office 365 APIs that lets developers build their apps in "in a simple, RESTful way," according to Arpan Shah, senior director of Office 365 technical product management.

Microsoft also announced that the "Napa" Office 365 Development Tools have been updated. This toolset makes it possible for developers to build Office and SharePoint apps directly in their browser without the use of an IDE, such as Visual Studio.

Continuing on its path to embracing to open source technologies, Microsoft announced the availability of the Android SDK for Office 365, which is currently in preview and is compatible with Ice Cream Sandwich, Jelly Bean, and KitKat Android OSs.

How're you enjoying the SPC14? Let us know in the article comments or through our social networks!