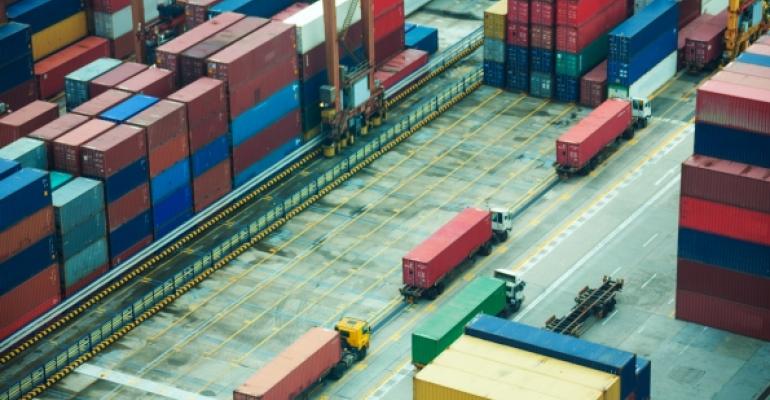 WIF and WF play nicely together in securing your workflow services

This article is part one of a two-part series on how to leverage Windows Identity Foundation (WIF) to secure workflow services. In this article, I'll focus on how WIF simplifies the process of securing a workflow service using claims such as user name and role, as well as other attributes. The process is so simplified that you won’t need the activities from Workflow Services Security Pack (WFSP) until you decide to use the claims received by the service to call out to another service (e.g., the workflow service itself becomes the client of another service).

In part two, I'll explain how to leverage WIF, Claims to Windows Token Service, and Active Directory Federation Services (ADFS) 2.0 when you're dealing with identity issues resulting from services calling other services.

For the purposes of this article, I'll create a real-world scenario around the fictitious widgets supply company, Contoso. The company offers an application for ordering widgets called WidgetsNow!, a WPF thick-client application.

In this scenario, employees within the Contoso network can place orders for widgets and check the status of existing orders by using the WidgetsNow! client application (Figure 1).

As you can see, when placing an order a user chooses an item, indicates a quantity, and checks whether or not the order should be expedited. Note that users do not explicitly log in. When a user runs the application, he's already logged in with his domain credentials.

You can download the project files (both the current and envisioned state) at http://tejadanet.typepad.com/SampleCode/WidgetsNowSamples.zip. In the current state, the Visual Studio Solution contains two projects: one describing the WPF client (WidgetsNowApp); the other describing the Service (WidgetsNowService). The WidgetsNowService contains a WCF Workflow Service (XAMLX) that defines two operations (Figure 2)—PlaceOrder and GetOrderStatus—for submitting new order requests and requests for order status, respectively. Currently, the service is unsecured, so it's callable by anyone with access to it.

The crux of the WidgetsNowService is a Parallel activity containing two branches,which Figure 3 shows. This Parallel activity allows the client to place an order by calling PlaceOrder (this is the left Sequence) and, at any time, to call GetOrderStatus to check on an order's status (the right Sequence).

The PlaceOrder operation takes as input three values: a string naming the item to order, an integer indicating the quantity, and a boolean value indicating whether the order should be expedited. The operation immediately returns to the caller, via the SendResponse activity, an Order ID in the form of a new GUID converted to a string; the order status is set to "In Process." The Process Order sequence shown simulates a time-consuming process—an If activity examines whether the user requested the order to be expedited (by passing in true to the last parameter of PlaceOrder). If so, a Delay is executed that waits for only 5 seconds. If not, a Delay is executed that waits for 10 seconds. For simplicity, after processing is complete the order status is set to "Shipped."

The right parallel branch places the GetOrderStatus ReceiveRequest and SendReply in a While loop as a simple way to always allow calls to GetOrderStatus after an order has been placed. The GetOrderStatus operation takes as input the string Order ID that was previously returned to the caller in the call to PlaceOrder. Correlation has been configured on this Order ID parameter so that repeat calls to GetOrderStatus always get the up-to-date status from the appropriate workflow instance. Sending an invalid Order ID results in an error. As an aside: In a real-world implementation, you would want to configure the Condition of the While to turn false at some point so that the workflow can complete. The SendReply returns the string status to the caller, either "In Process" or "Shipped."

Contoso customers have asked to have direct access to the WidgetsNow! Application, instead of always having to rely on Contoso employees. As Contesso prepares to make the WidgetsNow! Application and Service available to its partners, it wants to secure the service so that only authorized users can access it. The goals of this phase of the project are to add new authentication and authorization policies:

Figure 4 illustrates my approach to implementing the requirements described above by leveraging WIF.

Let’s walk through the communication pattern shown in the diagram. Then I'll drill into how I implemented each piece.

Now let’s look at the four major steps needed to implement this approach:

The primary purpose of inserting an STS into an architecture such as this is to externalize authentication and allow the Relying Party (the application being secured) to only have to worry about a single set of claims, irrespective of how callers actually authenticate and what claims they might present. Currently, the callers use Windows credentials, but if they were to switch to username/password, only the STS would need to be updated—the application would remain unchanged.

The straightforward process of adding an STS to a workflow service is similar to how you would add a reference to another web service. In this scenario, you use a custom STS based on the template provided by the WIF SDK. To modify the original solution to use an STS, I performed the following steps:

Once you have your baseline STS in place, you need to modify its implementation slightly so that it issues your custom claim, CanExpediteOrders. The implementation is defined in the CustomSecurityTokenService.cs created by FedUtil. The logic for issuance of claims is defined within the GetOutputClaimsIdentity method, Figure 5 shows the complete method definition. The thrust of the work is adding claims to the outputIdentity.Claims collection, as shown in bold.

Here the Name claim is always added with the value that ultimately is the windows account name that came from the caller (the principal parameter passed in to GetOuputClaimsIdentity). The principal is also checked for membership in the SeniorManagers role, and if so a canexpediteorders claim with a value of true is added to the Claims; otherwise it's added with a value of false. The outputIdentity returned is effectively what is contained in the token returned to the WPF client.

An important point to note is that many details need to be managed by a production grade STS, and the STS template created in Visual Studio is a long way from that. It’s enough to get you started, but you should plan on switching to a fully implemented STS like ADFS 2.0.

In our example, I first added a reference in the WidgetsNowService project to the Microsoft.IdentityModel assembly. Then I added a single class file that implements the WidgetsNowClaimsAuthorizationManager. Figure 6 shows the complete class listing.

As you can see, a custom CAM is quite straightforward. It amounts to deriving from Microsoft.IdentityModel.Claims.ClaimsAuthorizationManager and overriding the CheckAccess method. The implementation of CheckAccess needs to return true if authorized; false if not. The context parameter passed in lets you examine the requested operation (the action), the principal, and the resource (the xamlx) being accessed in making your authorization decision. In this implementation, I first check whether the operation (action) is PlaceOrder. If the operation is PlaceOrder, I return true if the principal’s identity’s name is of the form "contoso\

Once you have the CAM implementation, using it amounts to adding one line to the web.config of the workflow service previously updated by FedUtil.  Figure 7 shows the claimsAuthorizationManager element (the one line in bold) that needs to be added within the microsoft.IdentityModel element.

Authorize within the Workflow

To specify that only Contoso domain users can expedite orders requires that you look at incoming claims (specifically for the CanExpediteOrders claim), as well as the value of the expedite parameter in the call to PlaceOrder. The workflow definition is a reasonable place to put this authorization logic, because it has ready access to both. Figure 8 shows the Authorize Order sequence added to implement this authorization logic for the PlaceOrder operation.

In brief, when using WIF with a workflow service, you can always get at the Principal (which contains the identities and related claims) by means of System.Threading.Thread.CurrentPrincipal. The first assign in the sequence, the one labeled Get Claims, gets at the claims with the following expression and stores them in the claims workflow variable (defined at a higher scope):

Finally, the condition for the Reject Unauthorized Expedites If activity looks at the value of the expedite parameter. If it's true, the canexpediteorders claim must be present and have a value of true; otherwise you must throw an exception. The expression used is

Now that the workflow service is performing authorization and trusting the STS for authentication, the only piece untouched is the client application. The good news is no sweeping changes are required to go from calling the service without an STS to calling an STS and then calling the service.

WIF handles all of that under the covers. All you need to do in the WidgetsNowApp project is expand the Service References folder, right click the Contoso entry, and select Update Service Reference. That’s it. All the configuration needed for the STS is brought down as part of the workflow service’s metadata.

The end result of this effort is that the WidgetsNowService completely externalizes authentication by relying on an STS for a standard set of claims that it can use to make authorization decisions. In addition, the use of a ClaimsAuthorizationManager removes a lot of custom authorization logic that you might otherwise need to sprinkle within the workflow service definition.

That said, sometimes you really have all the information needed for an authorization decision within a service operation, and this project demonstrates how easy it is to get at the presented claims via Thread.CurrentPrincipal.