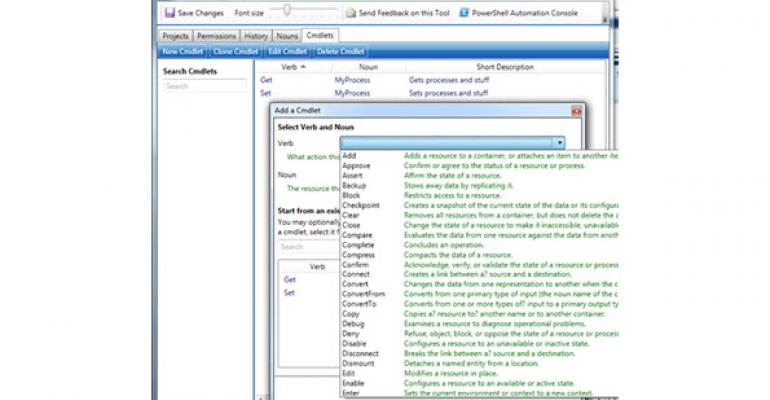 According to Microsoft, at the time Windows 7 was in development an internal tool called “Cmdlet Designer” was used to build applicable PowerShell cmdlets for the operating system. Cmdlet Designer takes away many of the pains for design, naming, and consistency for cmdlets, offering:

For developers, the Cmdlet Designer tool can be used for:

Cmdlet Designer free for everyone, released under the Microsoft Public License (MS-PL). The download includes the source code, design specification, and the deployment guide.

The free tool is available for download from Codeplex: PowerShell Cmdlet and Help Designer