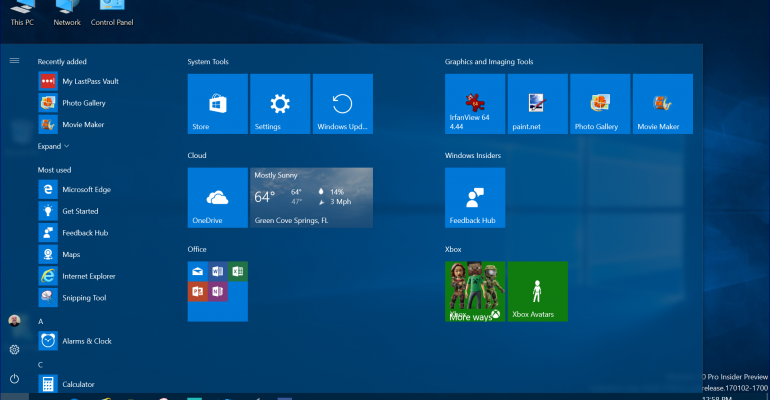 The next major feature update for Windows 10, now known as the Creators Update, is expected to hit General Availability in April of this year.

In fact, a new build was released this week to testers in the Windows Insider Program (Build 15002) and it has introduced a lot of new features plus underlying updates to the operating system and the EdgeHTML engine that can be used by developers in their own apps.

Normally, with an expected April release for this update, Microsoft could use their annual BUILD developers conference to begin educating developers in earnest about all these new capabilities. However, as we learned late last year, BUILD has been moved from San Francisco to Seattle and will now he held in May instead of the normal March/April timeframe.

That means Microsoft needs to get the word out to developers and waiting for BUILD will be too late so that is where the Windows Developer Day - Creators Update livestream comes in to fill the gap.

"On February 8, we’ll be livestreaming a Windows Developer Day, which will outline what’s new for developers in the Windows 10 Creators Update. Whether you’re building for the web or UWP, the latest consumer app or line of business tool, there’s something in it for you. RSVP on the Windows Developer Day site to be the first to know as we share more details in the coming weeks."

That RSVP page is available here and I suspect it is to understand the number of interested viewers and not necessarily a limit for attendance since it is an online streaming event. They will also send you a calendar entry so you can mark the date on your calendar.

The agenda for the day from the Windows engineering team looks like this: