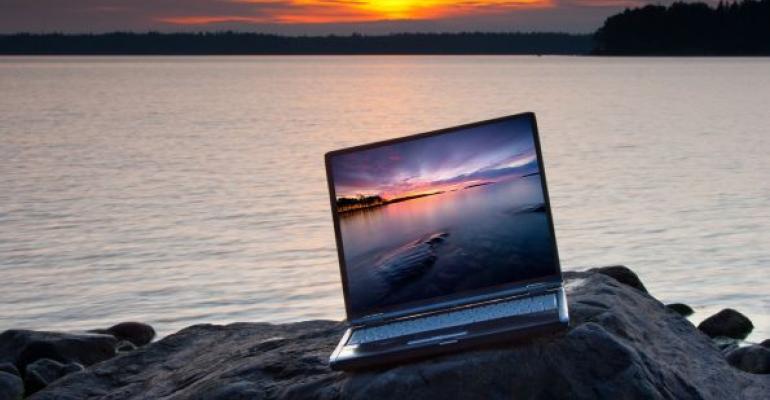 Visual Studio 2012 is now available for download on the MSDN site. I always find it interesting that Visual Studio is the only Microsoft product that we, as developers, automatically upgrade to without even giving it a second thought. When we upgrade to a new version of Windows, for example, we make an elaborate plan and weigh and measure consequences. This decision-making process is pretty much the same for new versions of every other Microsoft product.

After having a long chat with a very proud and excited John Montgomery, director of program management for Microsoft's Visual Studio team, I'm listing my top four features for Visual Studio 2012 in case you were on the fence or haven't upgraded yet.

I remember when Visual Studio 2010 added an emulator for Windows Phone development. I thought, "That's just brilliant. You don't even need to own a device to build software for it." Little did I know that Microsoft could make a great thing even better. The Visual Studio simulator is much more powerful than the emulator. The simulator in Visual Studio 2012 enables debugging applications for scenarios that you don't have natively on your machine, which includes Windows 8 applications that require hardware support such as rotation, touch, and different target screen resolutions and contracts.

The DOM Explorer is a very powerful runtime debugging tool that provides detailed information on how and why the Document Object Model (DOM) is represented. You can even change individual properties and see the effects of these changes immediately.

The DOM Explorer provides a view that represents how the shell interprets a web page rather than showing the page's source code. It gives you access to dynamic information about the styles, layouts, and attributes of currently selected elements. You can change the styles, layouts, and attributes and immediately see the results. The DOM Explorer lets you test changes by using an iterative process without stopping and restarting the debugger. The source code in your project doesn't change when you interact with the web page by using this method, so when you find the desired code corrections, you can stop the debugger and make changes to your source code. The DOM Explorer provides a huge leap in developer productivity.

We're so spoiled as developers. When we get a new intern or young developer at InterKnowlogy, I love asking the question, "Can you imagine a world where you can build software without IntelliSense?" And my interns typically look at me like I'm from Mars. Is there any other Visual Studio feature that we depend on more? What feature in Visual Studio provides more developer productivity than IntelliSense?

The IntelliSense engine was designed to accommodate the development of both web apps and Windows 8 apps, so regardless of which platform you're targeting, you'll receive the same rich IntelliSense experience.

So those are my favorite features for Visual Studio 2012. What are yours? It certainly looks like this is a monumental release for the Visual Studio team, especially when you consider how the platform elegantly helps us build software for the new and revolutionary Windows 8 runtime applications. And the good news is that you don't have to wait months or years for your company to roll out Windows 8 before you can continue to build .NET Framework applications with Visual Studio 2012 just like you have for over a decade with the previous version of Visual Studio.