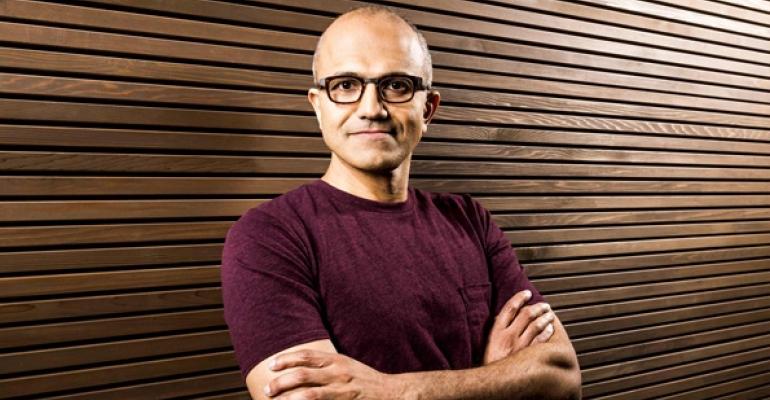 Microsoft recently appointed Satya Nadella as Microsoft's new CEO, serving as Steve Ballmer's successor. Satya is the third CEO of Microsoft in the company's almost 40-year history. Microsoft was founded by Bill Gates and Paul Allen on April 4, 1975. Not only is this a big deal for Wall Street, but it's also a big deal for Microsoft platform developers.

Now, normally a business change such as this wouldn't necessarily appear in an app dev editorial. But, let me tell you that this is exciting and great news for the Microsoft platform application development community. Because Satya is one of us; He gets it. Let me explain.

Satya came from the product teams at Microsoft. Not that he needs the cred, but he worked on the Windows NT product team, which developed over 65 million lines of code. I know; I worked on the NT option pack SKU that included the first real Internet server from Microsoft: IIS 4.0. I've met Satya a few times throughout the years, and I can tell you he understands the importance of the Microsoft platform developer as it directly relates to the success of Microsoft.

What do I mean by anger and confusion? I don't think it's worth going into the gory, negative details because the upside of Satya's and his successor's hire are so hugely positive. But to many of us, it's obvious that many mistakes were made in the last few years without legitimate explanation to the dedicated Microsoft app dev community:

It's time to get those lost Microsoft platform developer folks back, and I'm confident this goal is at the top of Satya's list. But, the story gets even better: Scott Guthrie was promoted to take over Satya's old job, the 'interim' Cloud and Enterprise Executive Vice President at Microsoft. Scott is beloved in the Microsoft developer community. Since all that negative Microsoft developer stuff went down, Scott's been exiled into the safe hills of Azure, but now he's back full time in the global Microsoft organization and you better believe that Scott is one of us and intends on fixing things. My favorite Scott Guthrie story is how he created ASP.NET over a weekend. It's a long story about a 25-year-old Scott and his boss getting an idea and Scott saying, "Let me play around this weekend." The following Monday, it ended up as a demo of an ISAPI filter that Scott built, which was the proof of concept for ASP.NET.

I haven't talked to Satya Nadella or Scott Guthrie since their promotions, nor do I expect to do so in a timely manner. I'm not going to reach out to them right now because I know they are swamped in new jobs and trying to figure out where and when to strike. This is just pure informed speculation on my part because I know these guys and I know they "get it." Expect some revolutionary changes from Microsoft as it relates to the developer; only time will tell.