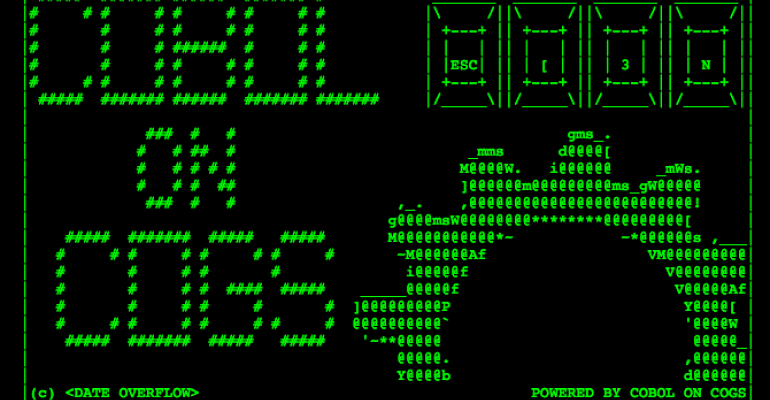 Micro Focus has updated its previous COBOL tools for Visual Studio to work with Microsoft&#39;s latest version, which was unveiled in March.

Micro Focus announced the new capabilities on April 4, about a month after Microsoft updated its Visual Studio 2017 product line. Micro Focus' COBOL tools allow enterprises to continue to use and re-use their existing COBOL legacy applications and code even as they take their technologies into new directions.

Micro Focus has been building such tools for some 15 years for Microsoft Visual Studio users.

"We're delighted to have Visual Studio partners like Micro Focus work closely with us to build and enhance the overall development experience of Microsoft Visual Studio 2017," Shawn Nandi, senior director of cloud app development and data marketing for Microsoft Corp., said in a statement. "COBOL-based systems are prevalent across the enterprise and Micro Focus Visual COBOL helps these organizations build and modernize their critical applications."

A spokesman for Micro Focus could not be reached for comment about the updated tools despite several attempts by ITPro.

Several versions of Microsoft Visual Studio 2017 were released to general availability on March 7 and continues to be used to develop apps for Android, iOS, Windows, web and the cloud.

Among the key improvements in the application are streamlined cloud development with built-in tools for integration with .NET Core, Azure applications, microservices, Docker containers, and more, according to Microsoft. Visual Studio is also built to be faster and leaner and includes an all-new installation regimen that allows users to install just what they need to do their work.

Included in the Redgate Data Tools are ReadyRoll Core, which lets users develop, source control and better automate the deployment of SQL Server database changes alongside their application changes; SQL Prompt Core, which offers increased productivity with advanced Intellisense-style code completion; and SQL Search, which complements ongoing DevOps methodologies by allowing users to work more quickly and accurately with SQL. All three tools are included only in the Enterprise version of Visual Studio 2017. The SQL Search tool is also included in the Community and Professional versions of Visual Studio 2017.

The addition of the Redgate DevOps tools comes as more and more developers and their companies adopt DevOps methods and systems inside their operations to better meld development programs with IT operations, according to the company.