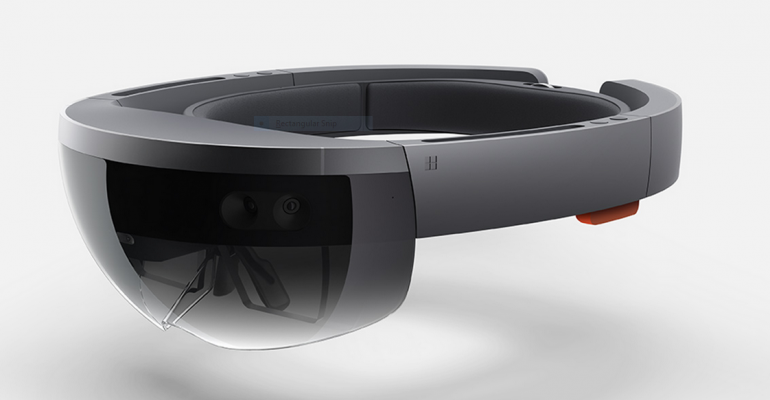 Earlier today, over on the SuperSite for Windows in our daily ICYMI feature, I wrote about Microsoft's HoloLens, the pre-order process for developers and the new development portal that is now available .

The info below has been excerpted from that article for our developer audience.

Microsoft has announced the upcoming availability of their HoloLens holographic augmented reality device for developers.

The company will be confirming access to the preorder process for those developers who have been approved through their previously submitted applications. Once ordered, according to copies of the notification email from Microsoft shared on social media, the hardware will be distributed in waves. Each wave is expected to take 2-3 months to fulfill.

The Microsoft HoloLens Development Edition Kit will set back developers $3,000 however, the Redmond company will provide additional tools at the end of March that will include a HoloLens emulator so that developers can work on their projects without needing the actual HoloLens hardware. Most of the tools, including the emulator, will be released right before Microsoft's BUILD 2016 developer conference which begins on 31 March in San Francisco.

An entire HoloLens development site has now been setup with documentation, a Holographic Academy, documentation and a community site to help those interested in beginning development for HoloLens

Also, be sure to check out what apps will be shipped with the device when it finally heads out to developers.

By the way, this pricing is targeted to developers and companies who want to get started in the world of augmented reality.  Microsoft is obviously not building these devices in bulk at this time so that means production costs will be higher and that is likely being passed along to these early adopters.

One thing missing in yesterday's announcements though - nothing about the consumer pricing and availability for the HoloLens. That may still be more than 6-12 months away.

While all the attention is on full virtual reality, augmented reality may be the better implementation because it integrates into the users surrounding physical environment instead of isolating them inside of a headset with no view of the outside world.

Later this month I will be at BUILD 2016 in San Francisco and bringing you all the developer related news that week around HoloLens and Windows 10.

But, wait...there's probably more so be sure to follow me on Twitter and Google+.
TAGS: Programming Languages
0 comments
Hide comments
Recommended Reading