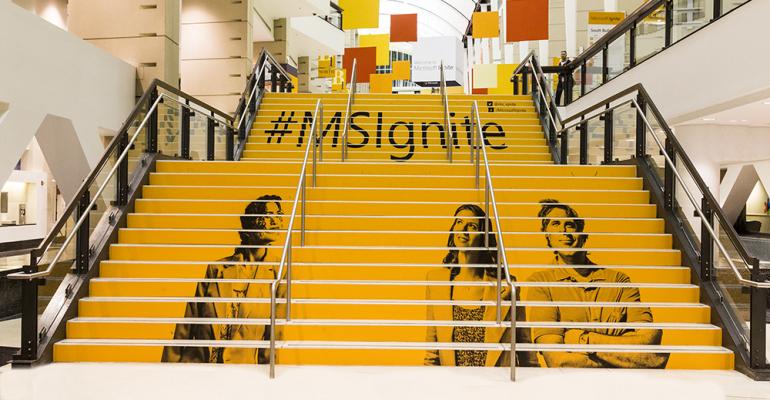 Microsoft Ignite won't be returning to the Windy City

The Chicago Tribune reports that Microsoft, which had been previously reported to have a multi-year commitment with the city, will change venues for its annual conference over scheduling conflicts.

Update: Microsoft has confirmed the new location and a date for Ignite 2016: September 26-30, 2016 in Atlanta. They also detail their full event schedule, as well as explanation behind recent shifts, in a blog post.

Rough edges around Microsoft Ignite its inaugural year left some hoping for a change of venue, but a reported four year commitment to Chicago made that appear out of the cards — until this morning.

The Chicago Tribune reports that Microsoft has decided to not host ignite in Chicago again in 2016, following what was reported as a scheduling conflict when McCormick place was booked later in the year when Microsoft wanted to schedule their event.

Is this the end of Ignite? Not likely: As Microsoft pushes to merge its technical disciplines, a single event to present messaging and mingling appears to be the exact note that they want to hit, even if they’ll need a very, very large space to host everyone who wants in on it.

And as Rod Trent notes on ITPro, that might just be the beginnings of Microsoft’s event ambitions:

There’s rumor that Microsoft’s consolidation of events into Ignite was just the beginning and that the software company would eventually merge or co-locate all of its events. That would mean that BUILD and WPC would become part of an even larger event. More attendees, you ask? How can that be, considering Ignite seemed overcrowded and poorly managed with 28,000 this year? It’s not out of scope by any means. I reported earlier this year that Microsoft was already prepping for an event upwards of 40,000 attendees.

Microsoft has so far declined to comment to the Chicago Tribune; we’ve reached out and will provide more information on the future of Ignite when we have it.