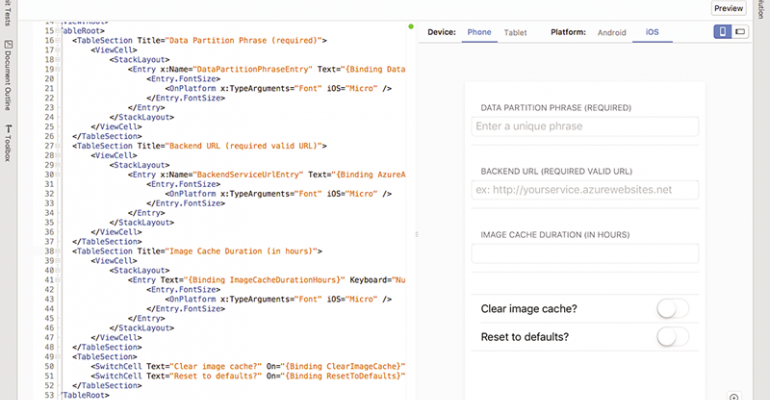 It's (accidentally) official: Visual Studio is coming to the Mac

Scheduling blog posts always seems to end badly, and now Microsoft is re-learning the lesson after a post announcing the launch of Visual Studio for Mac launched a few days early.

The post, which was later pulled (cached on Google), stated that Microsoft is launching Visual Studio for Mac at Connect();. The new release is built on Xamarin Studio and Microsoft emphasized that it will offer "mobile first, cloud first" development that spans operating systems. The first part of the release is below.

At Connect(); in November, Microsoft is launching a preview of Visual Studio for Mac. This is an exciting development, evolving the mobile-centric Xamarin Studio IDE into a true mobile-first, cloud-first development tool for .NET and C#, and bringing the Visual Studio development experience to the Mac.

A New Member of the Visual Studio Family

Below the surface, Visual Studio for Mac also has a lot in common with its siblings in the Visual Studio family. Its IntelliSense and refactoring use the Roslyn Compiler Platform; its project system and build engine use MSBuild; and its source editor supports TextMate bundles. It uses the same debugger engines for Xamarin and .NET Core apps, and the same designers for Xamarin.iOS and Xamarin.Android.

Compatibility is a key focus of Visual Studio for Mac. Although it’s a new product and doesn’t support all of the Visual Studio project types, for those it does have in common it uses the same MSBuild solution and project format. If you have team members on macOS and Windows, or switch between the two OSes yourself, you can seamlessly share your projects across platforms. There’s no need for any conversion or migration.

The primary workloads supported by Visual Studio for Mac are native iOS, Android and Mac development via Xamarin, and server development via .NET Core with Azure integration. It gives you all the tools you need to develop the rich, native mobile app experiences that users expect today, and the cloud-based server back ends to power them.

It’s all powered by the C# language you know and love, with the latest C# 7 productivity enhancements. You get the performance of compiled code, the productivity of a modern type-safe language, access to the unique features of each platform, and a rich ecosystem of libraries and tools. You can use your existing experience across the mobile and cloud domains, sharing code between client and server. And with all your projects in one solution, you can take advantage of solution-wide cross-project refactoring and code navigation.

C# isn’t the only language supported in the Visual Studio for Mac preview. For the functional programmers among you, it includes excellent F# support, powered by the same F# compiler used in Visual Studio.

With the fragmented mobile market today it’s important to be able to target a wide range of devices. Because it’s based on Xamarin Studio, Visual Studio for Mac has mature support for C#-based iOS, Android and Mac development with the Xamarin Platform. You can take advantage of your existing C# experience and libraries, and share common code across platforms, with full access to the native APIs so you can build a fast, polished native app experience.

For even greater code sharing, you can use the cross-platform Xamarin.Forms UI library, which provides a familiar XAML-based development environment that can target multiple platforms, including iOS, Android, macOS and the Universal Windows Platform (UWP)—though UWP development is currently only supported in Visual Studio—and maps to the native UI on each platform. When you need more control, you can mix and match Xamarin.Forms with direct access to the native toolkits. There’s a huge ecosystem of libraries available for Xamarin via NuGet, too, including platform-specific libraries, bindings to native code and portable .NET Standard libraries.